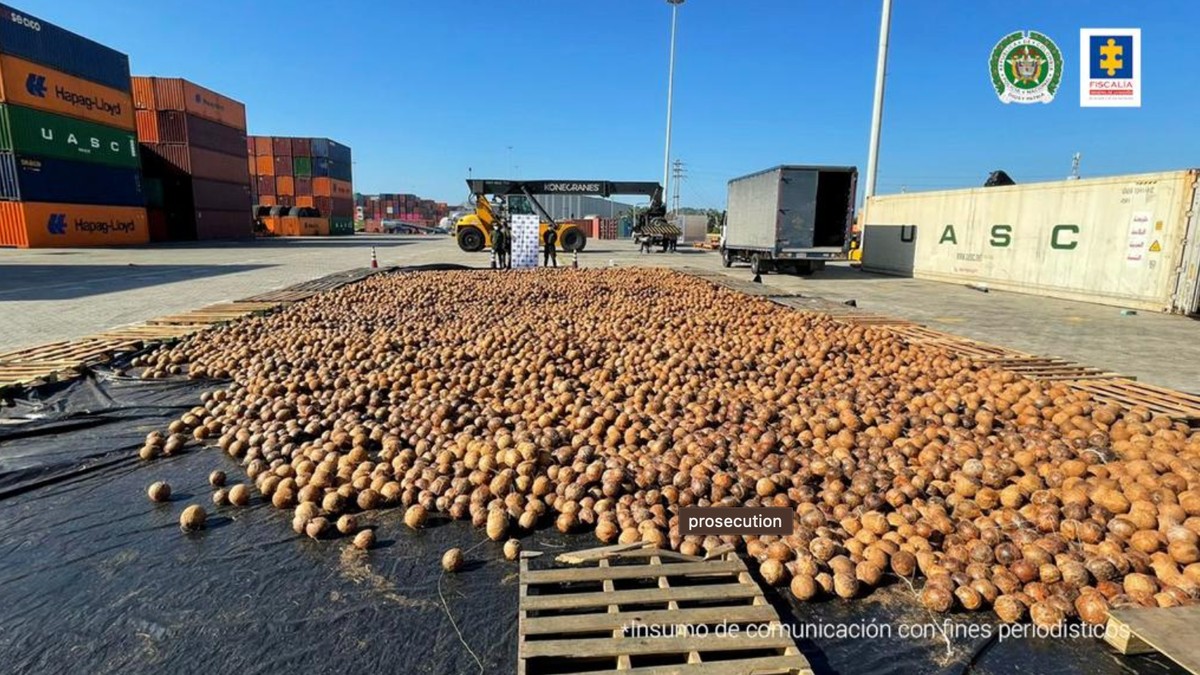 Thousands of coconuts filled with liquid cocaine have been seized in Cartagena, Colombia. Photo:

A huge shipment of 20,000 coconuts filled with liquid cocaine has been discovered in a Colombian port en route to Italy.

An anti-drug unit from Colombia’s national prosecutor’s office working with a special police team found the coconuts hidden in 500 canvas bags on a container that was due to leave the Caribbean port of Cartagena for Genoa on the northwest coast from Italy.

“During the inspection, it was established that the water contained in the tropical fruit had been exchanged for liquid cocaine,” the Colombian national prosecutor’s office noted in a statement. Press release released Thursday.

Authorities sent the coconuts to a lab to establish the exact amount of cocaine they contain. They are also investigating where exactly the coconuts were loaded and who was to receive them in Genoa.

Dissolving cocaine in water to disguise its appearance is a common way to smuggle the drug, although it is rare to exchange coconut water for diluted cocaine.

Madrid airport investigators discovered in 2017 that a shipment of fresh coconuts had been injected with a total of 60 grams of liquid cocaine.

The scam was spotted after airport scanners showed unusual density inside some of the coconuts. A small hole had been drilled in the coconuts and their water had been extracted with a syringe and replaced with liquid cocaine, before being sealed with brown resin.

In 2016 a cargo of yellow dragon fruit injected with liquid cocaine was seized in Hong Kong. The fruit, which came from Colombia via London, had been hollowed out, filled with cocaine liquid, before being sealed with glue.