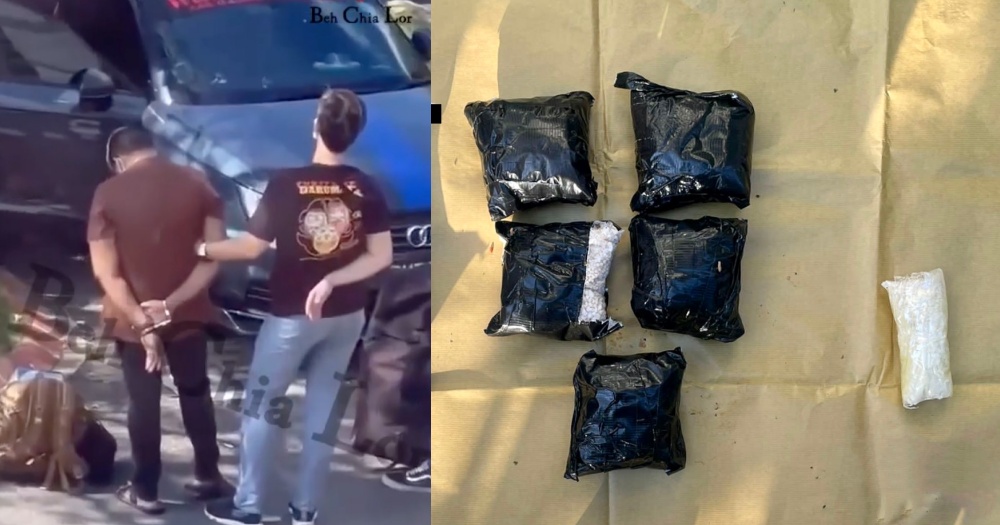 Follow us on Telegram for the latest updates: https://t.me/mothershipsg

Narcotics worth S$268,000 were also seized during the operations.

On the morning of August 17, CNB officers raided a residential unit near Boon Lay Drive.

“Both men had fought a violent struggle to evade arrest, and necessary force was used to subdue them,” CNB said.

A 41-year-old woman also tried to evade arrest by hiding behind a rack in the unit.

Prior to the arrest, substances considered controlled drugs were suspected to have been thrown down the garbage chute.

Officers then recovered the substances, which included seven packets and packs containing approximately 2,529g of heroin, along with various drug paraphernalia.

In another operation on August 17, CNB officers raided a residential unit near Fernvale Street.

A 30-year-old man and a 28-year-old woman have been arrested for alleged drug offences.

A total of approximately 1,139g of heroin, 4g of “Ice”, 2g of plant material believed to contain controlled drugs and a tablet believed to be a controlled drug were recovered from the unit, along with various paraphernalia from drug use, CNB said.

In a follow-up operation in the evening, CNB plainclothes officers intercepted a vehicle near Clementi Road.

About 85g of heroin and a pill believed to be a controlled drug were recovered from the vehicle, CNB added.

Investigations into the drug-related activities of all arrested suspects are ongoing.