A campaign against banned plastic will be launched in Chennai 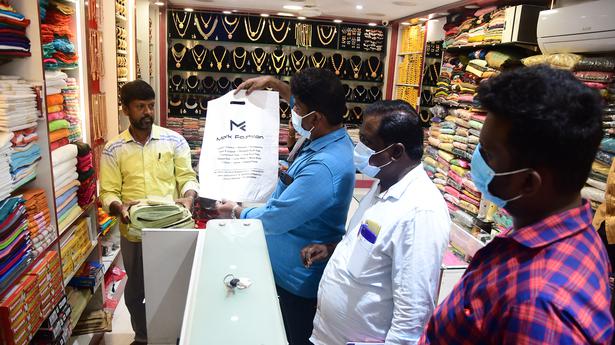 A campaign against banned plastic will be launched in Chennai

A committee of senior officials from the Greater Chennai Corporation, TNPCB, police and other enforcement agencies will take action to prevent the transportation, storage, wholesale and retail of banned plastics in the city.

City authorities have started to monitor trades involved in transporting and storing banned plastics in the city. Once the location of these trades is mapped, the civic body and other enforcement agencies will take regulatory action regarding licensing.

Authorities raided 40,336 business establishments responsible for manufacturing, transporting, distributing and selling banned plastics in the city. Most of these settlements were located in areas such as Madhavaram, Tondiarpet, Royapuram, Thiru. Vi. Ka. Nagar, Ambattur, Anna Nagar, Teynampet and Perungudi.

The largest amount of banned plastics was seized in areas such as Anna Nagar and Alandur. Royapuram area reported the highest amount of fines for violating the plastics ban.

In total, 1.7 tons of prohibited plastics were seized in Anna Nagar, 1.8 tons in Royapuram, 1.1 tons in Thiru. Vi. Ka. Nagar, 1.4 tons at Ambattur, 2 tons at Teynampet, 2.6 tons at Kodambakkam, 3 tons at Adyar and 1.2 tons at Alandur. The civic body plans to promote alternatives such as banana leaves and lotus leaves for food business operators in the city’s 15 areas.