A New Era for U.S.-Colombian Relations 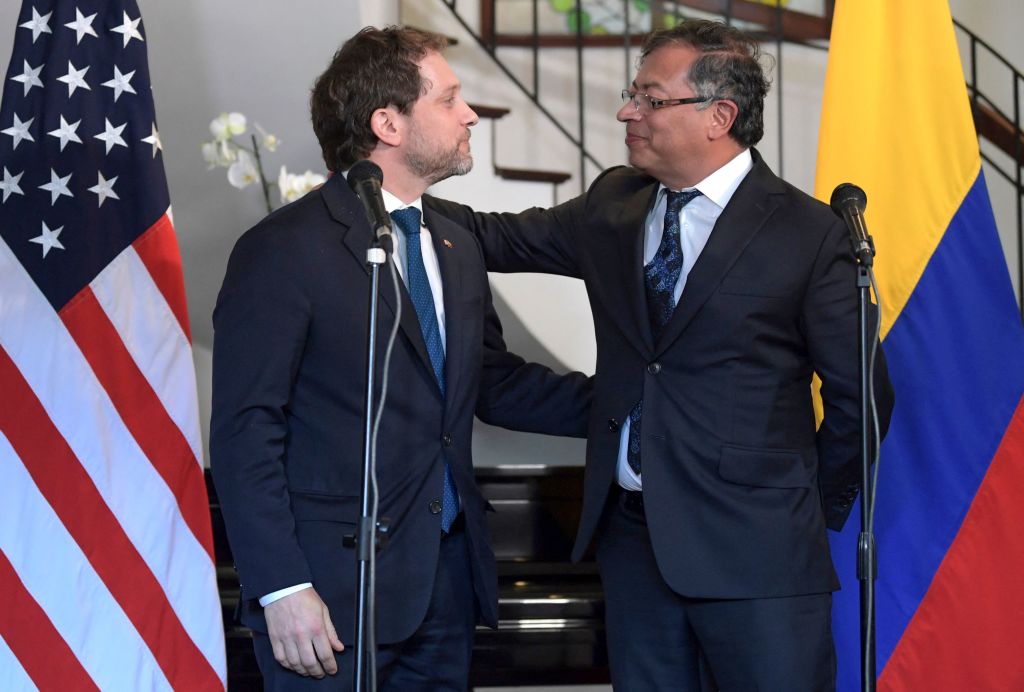 A New Era for U.S.-Colombian Relations

After leftist Gustavo Petro won the Colombian presidential run-off on June 19, senior US officials rushed to embrace him. Secretary of State Antony Blinken tweeted his congratulations on election night and called Petro the next day. Within 48 hours of Petro’s victory, President Joe Biden also issued an appeal, stressing US support for Colombia and a desire “to continue to strengthen bilateral cooperation.”

It’s a lot of love even for Colombia, which President Biden has described in recent months as the “pivot,” “keystone” and “foundationof security and prosperity in the hemisphere. The sheer intensity of outreach speaks to a wider nervousness on the potential for the US-Colombian relationship to go sideways during a Petro presidency.

Petro’s stated positions raise many concerns. He criticized US-backed drug policies, including extradition and the forced eradication of coca; the two countries’ bilateral free trade agreement, claiming that it harms Colombian agriculture; and the production of oil, coal and other hydrocarbons, which includes more than 40% of Colombia’s export earnings and in which American companies are investing heavily. Petro also signaled his intention to reconnect with President Nicolás Maduro’s government in Venezuela rather than isolate it and open peace talks with the ELN guerrilla group, which the State Department has labeled a terrorist organization. .

Whatever private concerns U.S. officials might have about the future of Petro’s government, in official statements the Biden administration has underline “many areas of common interest, including the fight against climate change, economic development, especially in rural areas, and the broadening of the implementation of the Colombian peace agreement of 2016”.

Top Republicans, however, have been less generous, presaging a cooling of bipartisan support in Congress for US-Colombia relations. Florida Governor (and likely presidential candidate) Ron DeSantis called Petroa former narco-terrorist and a Marxistsaying his administration would be “disastrous”. Meanwhile, Senators Marco Rubio and Ted Cruz introduced a bill in late July to reimpose anti-terrorism sanctions on the FARC – the sanctions were lifted last November to allow US aid to programs benefiting demobilized guerrillas at the following the 2016 peace agreement.

Petro’s recently appointed Colombian Ambassador to the United States, Luis Gilberto Murillo, has spent years in Washington and knows the United States well. He is a former governor and environment minister whose stated priorities include rural development, climate and trade. While he’s likely to find allies to support this agenda, he won’t be able to avoid the central problem that has defined US-Colombian relations for more than two decades: illegal drugs.

The relationship has grown since the bilateral launch of Plan Colombia in 1999, an ambitious and costly effort to combat illegal narcotics and the insurgencies that profited from them. The agenda now includes strong cooperation on security, trade, environment and technology issues. But the fight against narcotics remained central. Indeed, even after $13 billion in US aid over the past 22 years, Colombia remains the largest producer of cocaine in the world and the United States remains the largest consumer market for the drug. Large bureaucracies of civil and military officials exist in both countries to combat narcotics and the violent transnational criminal groups that traffic them.

Despite the efforts of the outgoing administration of President Iván Duque, coca cultivation has reached a absolute record in 2020—245,000 hectares—and in 2021, this figure remains 28% higher than it was in 1999 when Plan Colombia started. The measures of success and failure designed by the Biden administration no longer focus solely on coca cultivation and cocaine production. But the persistence of illicit crops and criminal violence around drug production and trafficking are essential facts of life, especially in rural areas.

The International Committee of the Red Cross has reported that rural violence in 2021 “reached the highest level in the past five years”. A toxic stew of six separate conflicts pits violent, drug-trafficking paramilitary and guerrilla groups against the state and each other. The fighting leads to displacement, massacres and targeted killings of human rights and civil society activists.

Petro and his vice-president-elect, Afro-Colombian environmental activist Francia Márquez, say the rise in coca cultivation and rising violence in the countryside reflect the failure of sustained anti-drug and security strategies by the United States.

Márquez said the goal of the new administration is to protect and improve the lives of rural people, including communities where coca is grown. This means a deeper commitment to the peace agreement, in particular its provisions on land and rural reformwhich are furthest behind in terms of implementation.

However, it is still unclear how the new government sees the interaction between rural development and security. Experience has shown that one does not go without the other. Equally unclear is how the Petro administration will deal with the Colombian armed forces and police and secure their buy-in for its new approach.

The appointment of crusading prosecutor Iván Velásquez as defense minister signals that the fight against corruption, impunity and human rights abuses will be a top priority. What is less obvious is how Velásquez will address other challenges, including deteriorating security in rural areas and the ongoing cross-border conflict with the ELN and other groups, or preserve strong civil-civilian relations. military. Velásquez once investigated members of Congress for links to paramilitary groups, sending more than 50 to prison. He will probably have a hard time gaining the trust of those who wear the uniform.

For now, the Biden administration appears to be keeping an open mind about the future of the bilateral relationship, aware that a lot will change. “It doesn’t matter who the president of Colombia is,” Juan Gonzalez of the National Security Council recently told a colombian radio. “We want the country to prosper.”

The question is whether the new Petro administration and vested interests in both countries, long accustomed to shared assumptions about the strategic relationship, will be equally accommodating.

Arnson is a Distinguished Fellow of the Woodrow Wilson Center and the former director of its Latin American Program. Follow her on Twitter at @cindyarnson

The opinions expressed in this article do not necessarily reflect those of Quarterly Americas or its publishers.