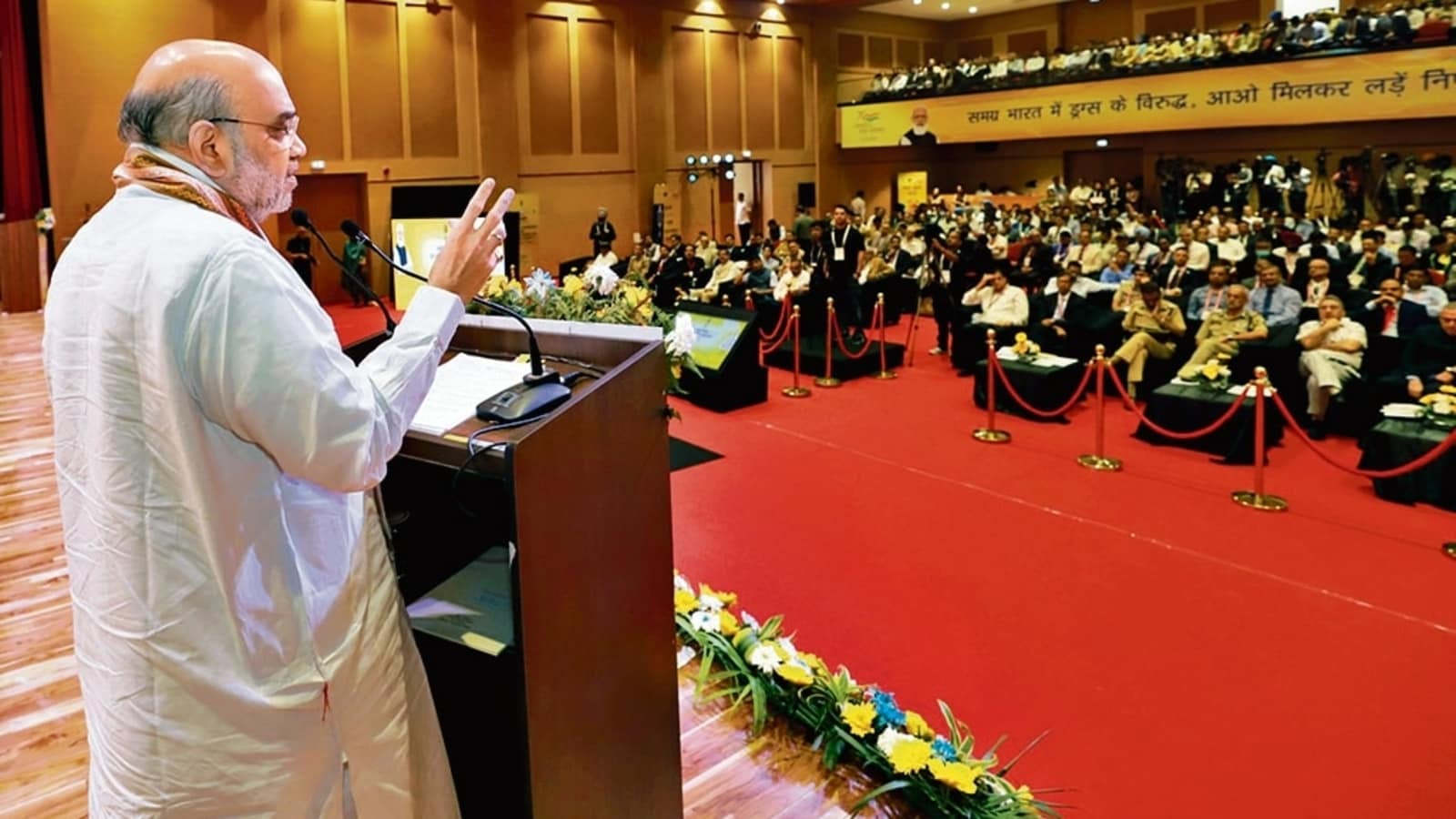 Union Home Minister Amit Shah said on Saturday that the government’s ‘zero tolerance’ policy to tackle the threat of narcotics is delivering results and pleads for better coordination between the Center and the state to continue the repression.

Speaking after the inauguration of a two-day national conference on drug trafficking and national security, Shah stressed the importance of tracking the funding of the network that deals with drugs.

Stating that the fight against drugs cannot be carried out by the Center alone, Shah said that when the speed of states in combating this scourge is more than double that of the Union government, results come.

Regarding large drug seizures, Shah told states not to make it a central state matter and said they should hand over cases that are outside their jurisdiction to the Narcotics Control Bureau (NCB) or to the National Investigation Agency (NIA).

“We want a resolution to the problem and I want to ensure that these two central agencies will investigate by giving states confidence,” he said.

“I urge you to come fight together,” he said.

“We have identified 272 districts and over 80,000 villages, we know clearly where we have to fight this battle, every person, every agency should fight this fight with strength in their respective areas,” Shah said.

He said talks were underway with the Supreme Court for the establishment of fast-track courts and exclusive courts.

The drug problem is bigger in Punjab as it is a border state, so more efforts will be needed, he added. The Union government will also set up a forensic laboratory in Amritsar and open an NCB center that will provide training, Shah said.

“Government of India stands with Punjab in the fight against drugs, to free the youths of Punjab from drugs and we are with Punjab in whatever the state demands,” he said.

“The Ministry of Interior is working on a three-tier formula to strengthen the institutional structure, empowerment and coordination of all narco agencies, comprehensive awareness campaigns and drug addiction,” Shah said.

Chief Ministers of Haryana, Himachal Pradesh and Punjab, Administrator of Chandigarh, Officers of BSF, NIA and NCB as well as Heads of ANTF of respective States and NCORD members were also present at the conference.

The minister said a 75-day drug eradication program had started from June and so far about 31,000 kg of drugs in four cities have been destroyed.

By the end of the 75-day campaign on August 15, the quantity will reach one lakh kg with an estimated black market value of around ₹3,000 crore, he added.