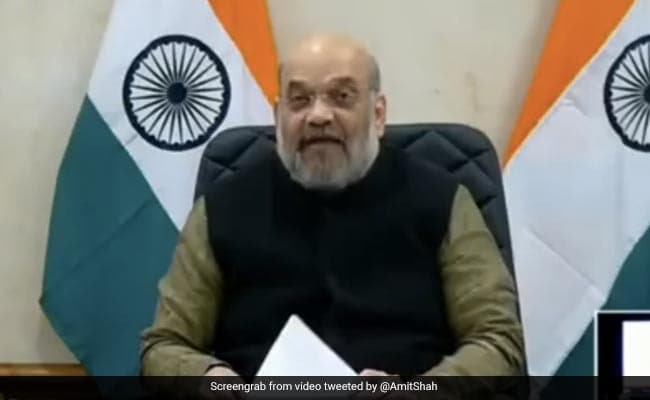 “Today, the girls of the country are lighting up the name of India in all fields,” said Amit Shah.

Union Home Minister Amit Shah on Monday hailed Prime Minister Narendra Modi’s plans to call on people to adopt girls as a symbol of pride after he took over as leader of the country, resulting in a “mass campaign” and also “revolutionized the sex ratio”. .

The Home Secretary’s remarks came as the country marked National Day of the Girl Child today.

Taking to Twitter, Mr Shah said: “Prime Minister Narendra Modi has called on people to adopt girls as a symbol of pride and self-respect across the country through various programs like ‘Beti Bachao-Beti Padhao “after becoming prime minister. As a result of his efforts, the movement turned into a mass campaign and revolutionized the sex ratio.”

The central government had launched the “Beti Bachao-Beti Padhao” program on January 22, 2015 to address key issues related to women’s empowerment in the country. The central government’s decision has impacted the sex ratio and the latest National Family Health Survey (NFHS 2019-21) reports that India has 1,020 females for every 1,000 males.

In a series of tweets, the Minister of Home Affairs said, “Prime Minister Narendra Modiji has changed the thinking of women’s development to the resolution of women-led development and opened doors of opportunity.”

A number of Union ministers and leaders also wished the country National Day of the Girl, which is celebrated on January 24 every year. Additionally, Shah, Smriti Irani, Nitin Gadkari, Jyotiraditya Scindia and Hardeep Puri posted their well wishes on Twitter.

The Center in 2008 declared that January 24 would be celebrated annually as National Day of the Girl Child with the aim of raising awareness in society about the girl child so that she can be valued and respected.