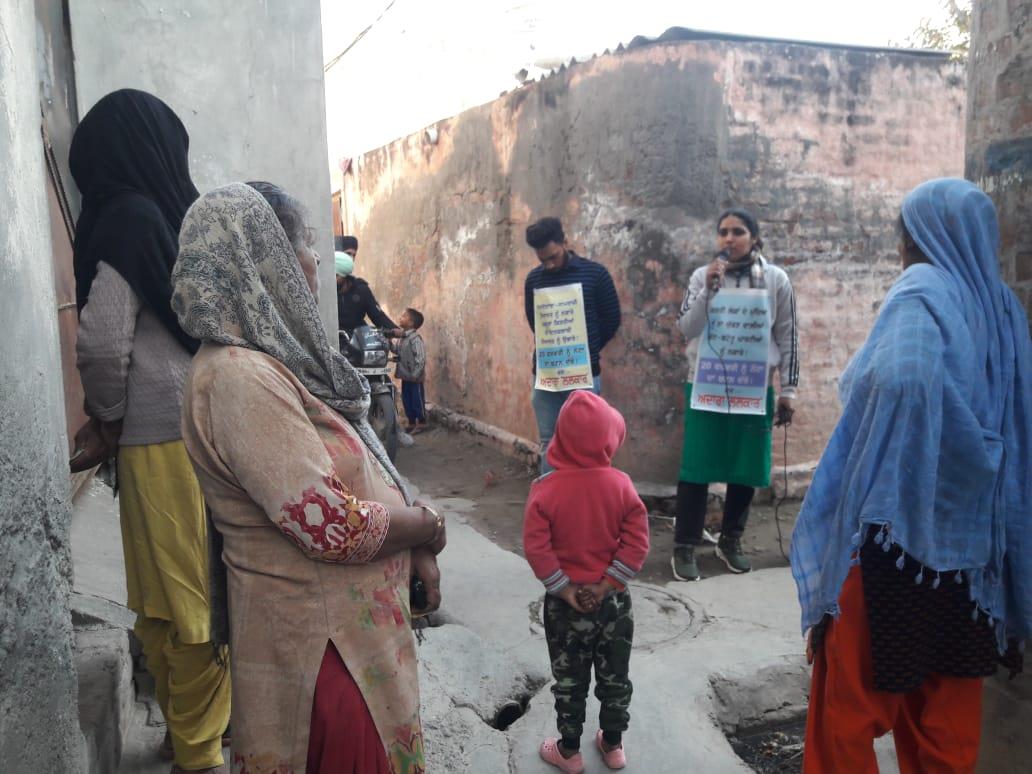 As the political heat builds a few days before the Assembly elections, a group of young people from the city are on a mission.

Educating and educating voters, especially in rural areas, on the importance of making the right choice when voting, they also educate voters on the NOTA option.

Without any political affiliation, these young people, mostly students from GNDU and other colleges in the city, roam the villages of the city to listen to voters and encourage them to exercise their right to vote.

“Our goal is to make voters understand that choosing to abstain from voting or to boycott the polls will not solve their problems. Instead, they must choose their leaders on merit and in case they feel that no political party is able to deliver, they can register their protest by choosing NOTA. We interacted with constituents in several villages, talking about the issues in their area,” explained Gagan, a volunteer.

Gagan, who is currently pursuing a master’s degree in vocational courses, has been associated with the Punjab Students’ Union (Lalkar) and previously organized awareness campaigns during protests against farm laws. The team has already covered a door-to-door campaign in Kale village, Dhand village and Guru Ki Wadali.

Gurpreet Singh, another member of the team and a student in the Foreign Languages ​​department, said people’s real problems are education, jobs, fighting inflation, fighting drugs, equalization of women’s wages, the implementation of labor laws in rural areas and the fight against privatization in education.

“Given that no political candidate has spoken about these issues or provided a solution, it becomes imperative as voters to understand all of our options and make an informed election decision. In the areas we visit, the majority of the population is marginalized and has no knowledge of NOTA. Some even asked if we belonged to a political party named NOTA. We had to tell them that we are not here to ask for votes, but to inform them about NOTA.

Gurpreet is part of the team of seven volunteers who visit villages hosting the nukkad sabha and door-to-door campaign.