Before COVID, tuberculosis was the worst pathogen in the world. It’s still a “monster slayer” 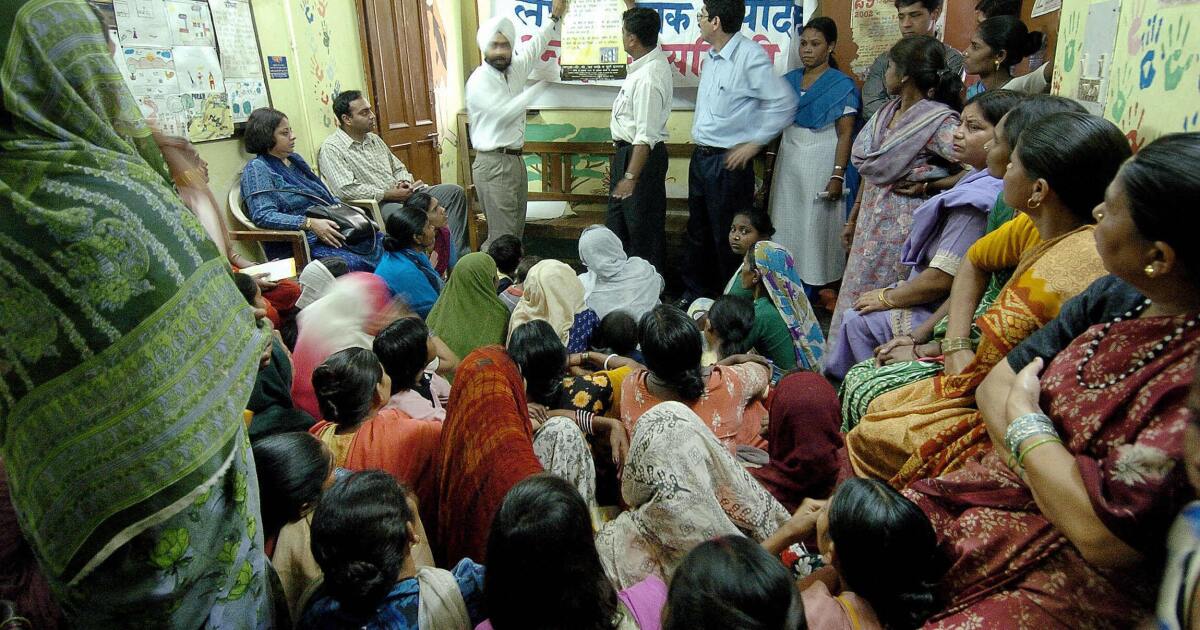 Before COVID, tuberculosis was the worst pathogen in the world. It’s still a “monster slayer”

Until the emergence of COVID-19, tuberculosis was the deadliest infectious disease in the world. How did it go from a terrible disease to a largely controlled disease to the horrible scourge that it is today?

That’s the question science journalist Vidya Krishnan explores in her new book, Phantom plague: how tuberculosis shaped history, released this month. It traces the spread of tuberculosis from the United States and Europe in the 19th century to low-income countries – including Krishnan’s country, India – where it continues to thrive today.

The answer, she finds, has a lot to do with undertreatment, overtreatment or mistreatment. When antibiotics became widely available in the 20th century, the West had the resources to pay for them and cure and control tuberculosis. The poorest countries have not. And when the antibiotics do becoming available in low-income countries, they were often overused. The overuse of antibiotics has been accompanied by antibiotic resistance, as pathogens have learned to fight the remedies. The result is what Krishnan calls a “monstrous” version of the disease known as multidrug-resistant tuberculosis.

New therapies are available in rich countries to control this strain of tuberculosis, but they are still very limited in poor countries. And that allowed multidrug-resistant tuberculosis to thrive.

Nowhere on the planet is this reality more felt than in India. It has the highest incidence of tuberculosis in the world – its 2.8 million cases a year represent more than a quarter of the world’s cases, according to the US Agency for International Development. In India, the city of Mumbai — a focal point of Krishnan’s book — is one of the hotspots for both TB and MDR-TB.

Krishnan, an award-winning writer based in India who has criticized India’s healthcare system for Atlantic and other media, speaks to NPR about the disproportionate impact of TB on his country. This interview has been edited for length and clarity.

Why did you start this book in New York in the 19th century?

I wanted to show how we repeat the same mistakes of spreading disease over and over again.

Spitting is as prevalent in Mumbai as it was in New York in the 19th and early 20th centuries, when men were determined to spit despite fines. [TB germs are in saliva, and spitting can propel droplets into the air and spread the disease.] Anti-spitting laws were difficult to enforce because the habit was so pervasive. The struggles to pass laws to curb spitting are the same 100 years later in Mumbai and across India.

And like New York in the 19th century, India is densely populated with poor people living in crowded and often unsanitary conditions.

Describe housing projects for the poor in Mumbai and their outcome on TB.

They have become incubators for tuberculosis. Mumbai’s urban planning has focused on providing cheap labor in urban centers. So they built skyscrapers barely 3 meters high [just over 3 yards] between buildings. Some neighborhoods are so densely populated that although they are by the Arabian Sea, the people who live there do not get any sunshine or fresh air. One architect I spoke to calls it “skylight flight” because the lower floors don’t get any natural light. The disease thrives in poorly ventilated places. And people live in tiny, crowded spaces.

And these crowded neighborhoods are dangerous because TB spreads through the air – traveling while coughing, sneezing, spitting or even laughing. Is TB in India then confined to the poor, who spend much of their lives trapped in slums?

No. People living in [these] conditions come out. They take taxis. They take the bus. They work in the homes of the wealthy. So it spreads.

Why has TB been so difficult to control in India?

In India, there is corruption and a lack of accountability in the health care system. And we have a highly privatized health care system. Patients who can afford the private system are often overtreated, as the incentive for private doctors is to withhold patients until the last rupee is taken.

I wrote about a patient named Shreya. She was misdiagnosed for years. His body was bombarded with antibiotics. If a doctor cannot treat TB, he is supposed to send the patient to a tertiary center where the government provides free drugs.

Instead, you write that the doctors continued to treat her with drugs that didn’t work.

When Shreya’s family ran out of money [to pay for treatment] and took her to a government hospital, she was resistant to many antibiotics. Drugs that could treat it were locked in patents and severely rationed in India.

And for this reason, as you write in your book, Shreya’s family sued the government to release a rationed drug that is lacking in India.

After her parents went to court, she was given bedaquiline, a drug that could have saved her early in her illness. But it was too late and she died. Her doctor said she had an “unhappy ending”.

What is happening is mass medical negligence. If you are poor, you risk being contracted out without compassion because the system is overwhelmed. if you are rich [or like Shreya’s parents, able to provide some private care until the money runs out]you are overtreated and often not properly.

What needs to happen for India to control the spread of TB?

For starters, global health cannot be funded by charity. Philanthropists are often invested in pharmaceutical companies, and that’s a conflict of interest. Philanthropy can provide some medicines and vaccines, but it does not solve structural problems: the poor are under-treated and the rich are over-treated. Neither is good. We need to reform the system.

Two things of equal importance must happen simultaneously. People need access to free medicines, advice and care; and India needs public health awareness campaigns so people can learn how to protect themselves. Most residents are unaware of the magnitude of the TB outbreak.

What does the long history of TB teach us about the current pandemic?

Basically, no one is safe until we all are.

Susan Brink is a freelance writer covering health and medicine. She is the author of The fourth trimester and co-author of A change of heart.