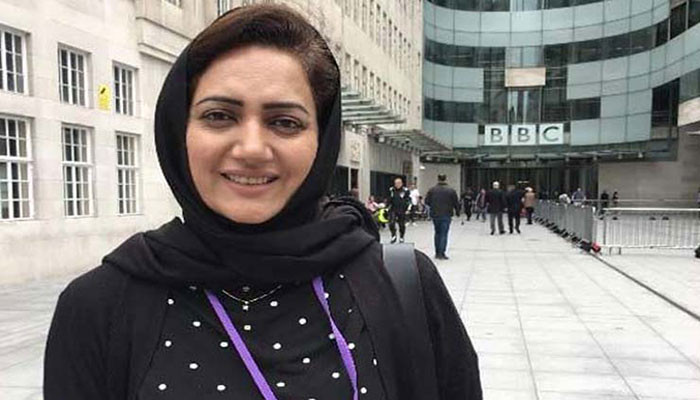 ISLAMABAD: Pakistan People’s Party Chairman Bilawal Bhutto Zardari condemned the PTI government’s campaign of harassment against prominent journalist and presenter Asma Shirazi and said the truth-fearing government wants to stifle the voice of the people by the intimidation, intimidation and coercion.

“It is unfortunate that, while the country suffers from the worst inflation, the government is campaigning to tarnish the image of a female journalist,” he said while condemning the government’s harassment campaign against the prominent journalist and presenter Asma Shirazi. PPP President Bilawal said the selected leaders should know that the whole brotherhood of Pakistani journalists is united and stands firmly by Shirazi’s side. He said that Shirazi’s problem is not an individual’s problem, as the gagging of dissenting voices has become the selected government’s way of life. Bilawal said that instead of solving people’s problems, the attacks on journalists are a sign that the regime in power has no solution to the crisis facing the country.

Meanwhile, PPP Secretary General Syed Nayyar Hussain Bokhari said the current government’s media censorship is the worst in the country’s history, as the “selected government” also wants to select journalists for itself. “It is the democratic and constitutional right of every person to criticize and disagree with the policies of the government,” he said while condemning the government’s media policies with a special smear campaign against the journalist. and presenter Asma Shirazi.

Meanwhile, according to an IFJ press release, famous Pakistani journalist Asma Shirazi has been harassed by large numbers of online followers and supporters of the ruling Pakistan Tehreek-e-Insaf (PTI) party as a result from a column published on BBC Urdu. The International Federation of Journalists (IFJ) condemns online harassment against the media and urges authorities and social media companies to act accordingly regarding any threats, intimidation and abuse by online users in violation of protocols and calls for a appropriate police investigation.

BBC journalist Asma Shirazi, known for her critical remarks against censorship of journalists, was reportedly harassed and trolled on social media in response to a recent article that the current PTI-led government was responsible for the downfall of the economy. Organized troll activists channeled the attack online, accusing Asma of insulting Prime Minister Imran Khan’s wife, Bushra Bibi, in the article.

Dr Shahbaz Gill, spokesperson and special assistant to the prime minister for political communication, tweeted in response to his article while another top leader and PTI minister, Hammad Azhar, expressed disappointment with the article . â€œSad to see @BBCUrdu allowing their platform to such pathetic innuendos,â€ his tweet said.

Another high-ranking journalist accused her of being associated with the anti-government political party PML-N while many other journalists supported her.

The official PTI Twitter account posted a video chat between Asma and former Prime Minister Nawaz Sharif accusing her of “obeying” a “certified chor [thief] and run away â€.

Asma has been the victim of online harassment in the past. She was the target of serious online abuse after interviewing former Prime Minister Nawaz Sharif in 2018. In July 2019, she and other critical PTI journalists were targeted online.

According to the IFJ Report on Press Freedom in South Asia 2020-2021, several well-known Pakistani women journalists and commentators are regularly trolled for their opinion, making it “incredibly difficult” for them to carry out their duties. professional.

PFUJ General Secretary Rana Azeem said: â€œThe PFUJ has always supported freedom of speech and expression, but at the same time it understands that journalists must be impartial and follow journalistic standards when filing reports. comments against someone. There is a law that everyone must follow, but undue trolling should not be enjoyable. “

The IFJ said: â€œThe IFJ strongly condemns the series of online harassments against Asma Shirazi by officials of the ruling political party. The IFJ is against any threat or violence against journalists and the media – offline or online.