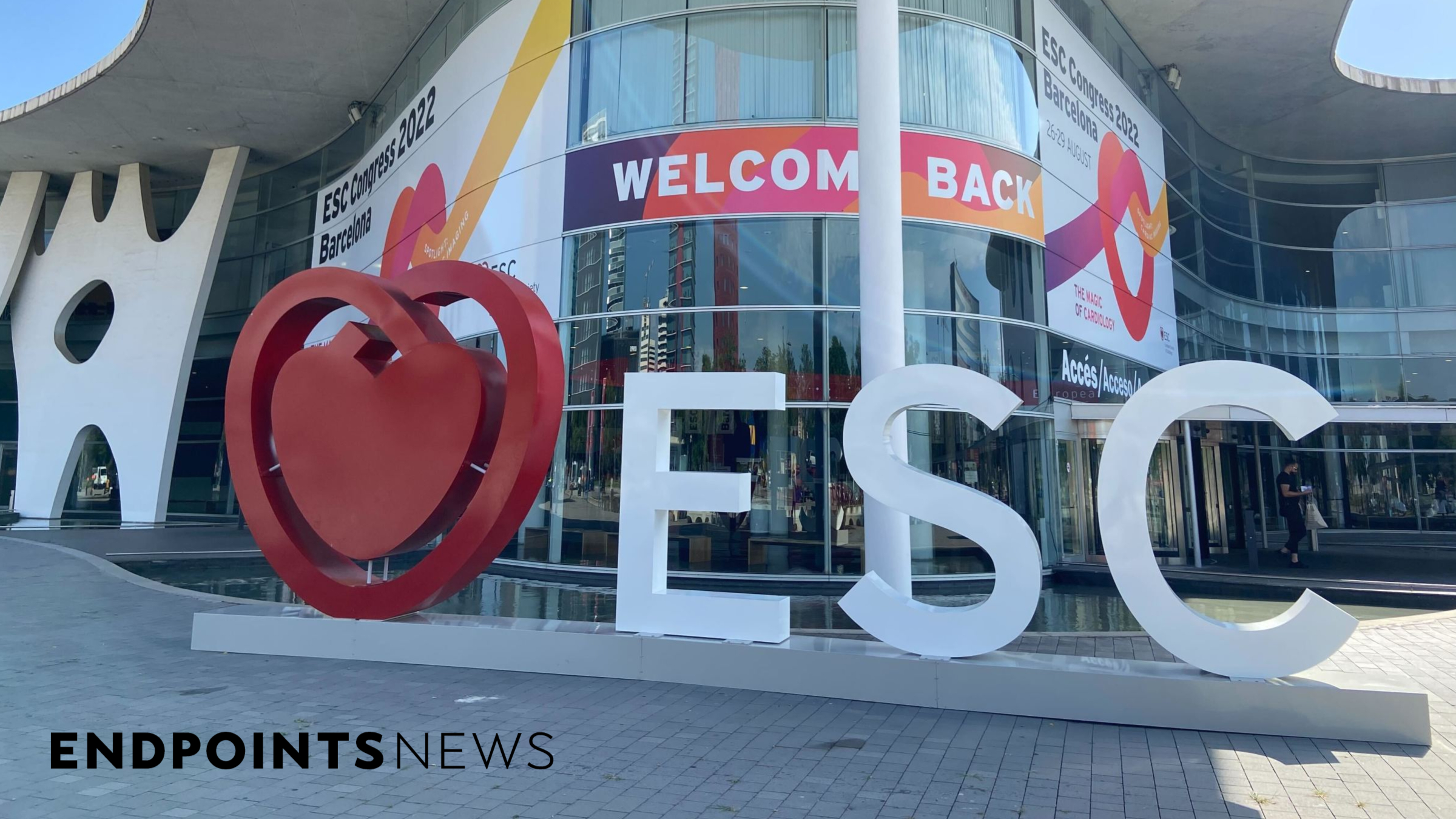 BARCELONA – Bristol Myers Squibb and J&J’s Janssen plan to move forward with a phase III of their factor XIa drug in preventing secondary strokes despite the lack of goal on a composite endpoint, the companies said Sunday morning at the congress. of the European Society of Cardiology.

In the same session, Factor XIa competitor Bayer also announced that it had missed the composite endpoint in a midline stroke trial.

Although not clearing the hurdle of the primary endpoint combining symptomatic ischemic stroke and potential stroke events observed by MRI, the duo BMS and J&J believe that a relative reduction of 30% observed in the first, versus placebo, will propel the factor XIa inhibitor into a large phase III later this year.

The pharma confidence backing is also a sign that the drug has resulted in very few bleeding events, a concern that has kept blood thinners from being used in this patient population.

“This profile of milvexian is very effective in preventing life-threatening blood clots without having the same level of bleeding risk as current agents,” said James List, Janssen’s global head of cardiovascular disease. Terminal News ahead of the presentation of data from the AXIOMATIC-SSP trial at the Congress of the European Society of Cardiology on Sunday.

The drug is seen as a future growth driver at Bristol Myers and is one of the key factor XIa inhibitors being closely watched by the industry, along with Bayer’s asundexian, which also released data on Sunday morning.

Some figures from the BMS-J&J trial: 2,366 patients were randomized for the overall phase II. Of these, 691 patients were on placebo and 1,635 on study drug; 162 patients in the placebo group dropped out (82 cited an adverse event) and 412 in the investigational treatment cohort discontinued treatment (264 due to an AE).

All patients had a stroke within 48 hours of randomization and received clopidogrel (an antiplatelet drug) and aspirin for the first few weeks. From day 22 to day 90, they remained on aspirin and received either a placebo or milvexian.

“That kind of efficacy, seeing a 30% reduction in actual strokes, is kind of unheard of today,” said Puneet Mohan, Bristol Myers vice president for clinical development of milvexian, in a joint interview with List a few miles from the conference. , near the FC Barcelona stadium. “That’s why we’re so excited to see this in Phase II.”

List said the companies had had a “healthy internal debate” over whether to use the composite metric. Mohan noted that the MRI portion of the endpoint is not an FDA accepted surrogate and has never been included in an acute stroke population prior to their trial – “so it was also like an experiment in an experiment.”

“Nevertheless, it seems from first principles that it should follow clinical strokes, but in fact the history of their review has not always been followed,” List said of the criteria for evaluation of stroke observed by MRI.

Bayer, a competitor in factor XIa inhibitors, also said it did not expect to see higher rates of MRI-determined strokes in a Phase IIb study, PACIFIC-STROKE, whose results were presented a few minutes before BMS and J&J.

“Relapse imaging is not as predictive of examining an effect of intervention as we thought, which means relapse imaging is actually not as good as ‘a biomarker for true stroke as had been hypothesized,’ said Bayer Pharmaceutical Clinical Development. leader, Christoph Koenen, told Endpoints ahead of Sunday’s presentation.

BMS’s Mohan noted that the AXIOMATIC-SSP data will “add to scientific knowledge” and further contribute to the debate over whether to use it to measure stroke events.

“We weren’t expecting a 30% reduction. That’s why we needed more terminals,” List said. “We would have been very happy with a lesser reduction, but you can imagine that if this reduction was in the 15% range, we would be scratching our heads and saying, ‘We would have liked to have had more data points to be sure.”

In genetic studies dating back decades, factor XI has been considered a potential target due to observations in Ashkenazi Jewish people, who had decreased rates of strokes and did not suffer from spontaneous bleeding due to of factor XI deficiencies, Mohan said. .

“It kind of confirms what I told you in the genetic model. People say, ‘Oh yeah, these people have fewer strokes but they don’t seem to bleed spontaneously,’ and they say, ‘OK, so we let’s exactly mimic that situation here,'” Mohan said.

In a different patient population last November, the drug passed a phase II trial in preventing blood clots in patients who had undergone total knee replacement surgery. No patient in the Milvexian arms reported major bleeding in this study.

The potential late-stage trial in preventing secondary strokes will be larger and likely go beyond a 90-day treatment period, Mohan and List said. The risk of stroke, although lower, is still there after 90 days, as is the risk of bleeding, they noted.

“This is a drug that we really think will be useful in the long term as a chronic treatment,” Mohan said, “so we have to find a length of time where we can sit comfortably and say, ‘In phase III, should we test a longer duration?’ And the answer is yes.”

Mohan previously led the clinical development of BMS’s apixaban, sold as Eliquis, a factor Xa inhibitor for the treatment and prevention of blood clots and strokes in people with nonvalvular atrial fibrillation. .

“Because of the fear of bleeding,” Mohan replies.

With that in mind, List said “there is nothing incremental” about the data from AXIOMATIC-SSP.

“It’s something we want for our collective careers to find a way to treat patients,” List said.

“It changes the pattern, to be honest,” Mohan cut.