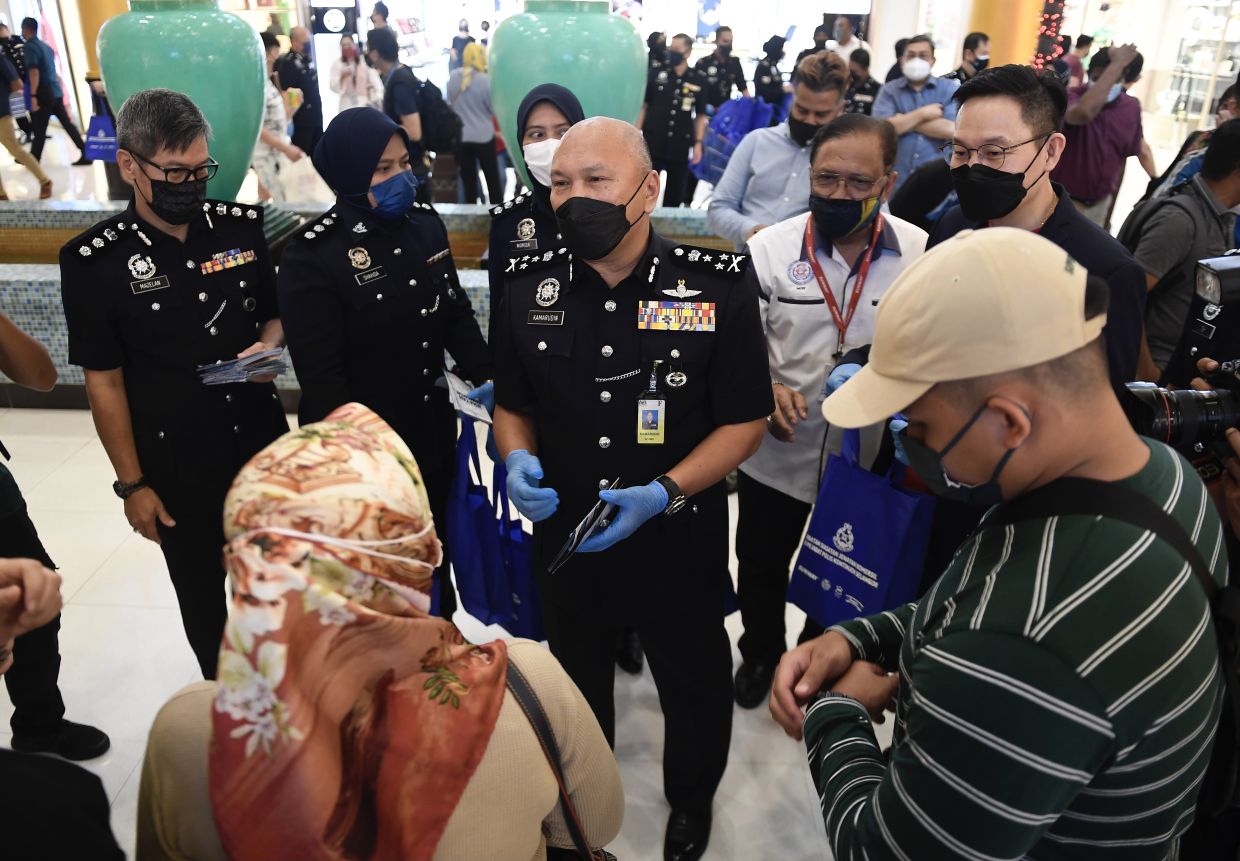 Federal Department of Commercial Crime Investigation (CCID) Director Comm Datuk Mohd Kamarudin Md Din said that by looking at the number of cases recorded each year, they need to do more to raise awareness and educate the public about all scams. .

â€œToday we visited a mall as part of our CCID online scam awareness campaign, which began earlier this month,â€ he said.

“We will do an autopsy next month or in January to see if the campaign has shown its effectiveness,” added Comm Mohd Kamarudin in an interview with reporters at the Sunway Pyramid shopping center on Saturday (November 20th).

He said the public response to the campaign has been good so far, but there is still a long way to go.

â€œIf we look at our annual statistics, the number of recorded online scam cases does not seem to be decreasing.

â€œLast year we recorded 17,109 cases, but between January and October of this year alone, 17,537 cases were reported,â€ he said, adding that the total losses recorded last year were RM 509.98 million compared to RM 449.51 million this year.

â€œOur goal is to provide the public with the latest information on these scams so that they can avoid falling victim to them themselves.

“We also want to educate them not to act as bank account mules for these unions,” he said.

He also said it was important for the public to know that even allowing unions to use their accounts would put them in hot water.