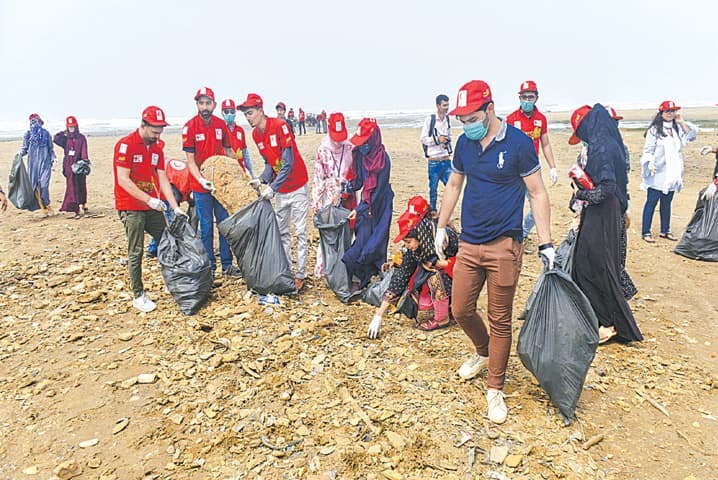 KARACHI: The Pakistan Red Crescent Society Sindh Chapter launched a campaign on Monday to clean up beaches in Karachi.

Hundreds of students from various universities, colleges and schools in the city, the general public, Red Crescent staff and volunteers took part in the campaign.

The program was a joint venture of the Climate Advocacy and Coordination for Resilient Action (CACRA) and Urban Action Kit projects funded by the German Red Cross.

The aim of the campaign was to mobilize communities to participate in a healthy activity and involve people in the removal of litter from beaches, as well as to identify the causes of litter, change people’s behaviors and raise awareness about litter. extent of marine pollution.

Ghulam Rasool Farooqui said the initiative was also part of the UAK project, which was a quick-start, low-cost, do-it-yourself guide to urban resilience activities that increased an organization’s visibility and commitment. community on urban issues.

He pointed out that people should understand the value of cleanliness as Islam also taught us to keep the environment clean.

He urged visitors to refrain from littering beaches and asked them to pick it up and put it in bins instead.