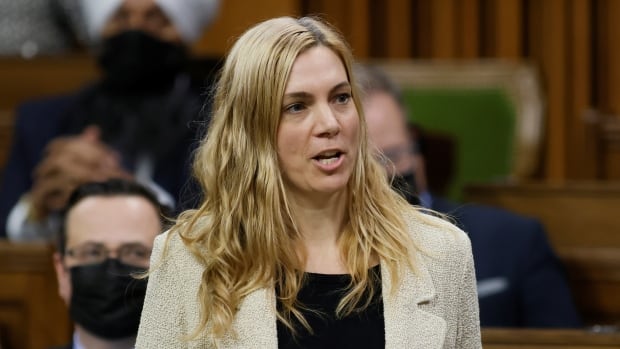 Canada’s sport minister expects a wave of complaints when the new Office of the Sport Integrity Commissioner takes office later this month.

The US Center for SafeSport, established in 2017, said it received 5,000 reports and disciplined more than 600 people in its first three years of operation.

During Pascale St-Onge’s first five months as Canada’s sport minister, allegations of mistreatment, sexual abuse or embezzlement have been brought against at least eight national sport organizations in what she called it a “crisis”.

St-Onge established the Office of the Sports Integrity Commissioner (OSIC) as an independent entity to investigate reports of abuse.

“We also anticipate a backlog,” St-Onge told The Canadian Press. “I know there’s going to be a lot of phone calls just because of the stories we’ve heard over the past few weeks and months.

“I’m happy that we’re going to have an independent mechanism. I know the first few years are going to be difficult, but what I hope is that we can have a future where the athletes, as soon as situations arise, they know (to whom) they can turn, so that we can intervene as quickly as possible.”

By comparison, the US Center for SafeSport’s 2020 funding envelope was US$18.2 million, with the United States Olympic and Paralympic Committee contributing $11.5 million. »

“We will closely monitor how things are going, if the resources are sufficient,” St-Onge said. “We are already funding the SDRCC. That extra $16 million over the next three years, we’ll see how it goes.

“This new mechanism is for me a top priority, that it is effective.”

All national sports organizations will be bound by a universal code of conduct. St-Onge says she has met with NSOs about safe sport.

“They all know this is a real big deal, that I’m not going to stand around tolerating the situations and the stories that we’ve heard,” the minister said.

“They all know we’re working on a culture change, that they need to be part of it. We’re going to raise the bar on what we expect of them, how they need to prevent these situations from happening.”

Push for reports of mistreatment, abuse

St-Onge is supporting Canada Basketball’s “Learn About The Signs” campaign announced Thursday in Ottawa at an elite Canadian Basketball League game between the BlackJacks and the Scarborough Shooting Stars. The Minister attended the game.

“We can’t be in every gym in this country, but we can hold every gym accountable,” Canada Basketball general manager Michael Bartlett said.

“Our job must be to use our megaphone, our platform, our marketing power, our resources, to collectively bring the attention of the basketball community to what is acceptable and what is not, so that they have the power to speak out against unacceptable behavior and have the tools and resources at their disposal to know what to do in these situations.

“We do this because it is our job to lead the determination, sharing and promotion of right from wrong.”

Bartlett is set for the ad campaign to potentially get people to report cases of child abuse and abuse in the sport of basketball.

“I won’t be upset or disappointed or embarrassed by our industry if all of a sudden cases start to come forward, because I actually think in some cases this campaign may give people the confidence to come forward.” , did he declare.

“No sport is perfect. No ecosystem is perfect. There is a disconnect of values ​​everywhere that we cannot control, but we can fix it.

“I want our sport to lead the way by doing something about it if something is offered to us. Creating that marker of trust in the basketball community is a goal here.”

Said St-Onge: “It’s a good sign that such a big organization like Canada Basketball is going to do something around this theme. In light of the latest stories we’ve heard, one of the problems with the sport system is the culture of silence.

“People have been silent about these situations. Talking about it is a really important first step.”