Criticize Villanueva as much as you want. West LA is behind him 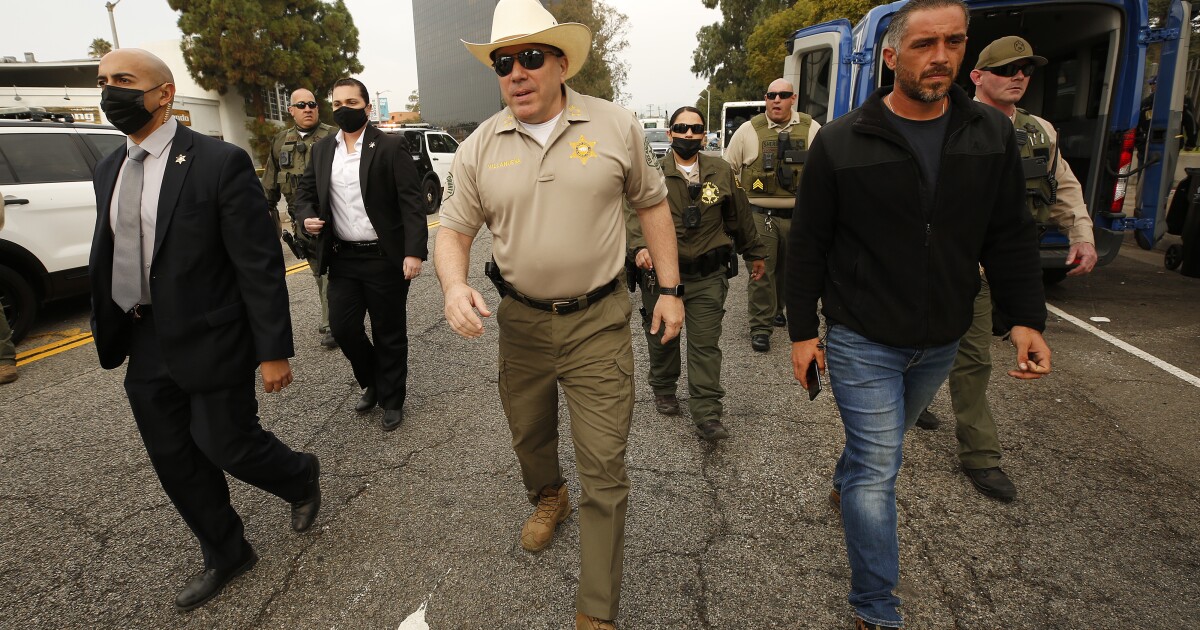 Criticize Villanueva as much as you want. West LA is behind him

For the publisher: I wish Los Angeles County Sheriff Alex Villanueva along with the rest of law enforcement would support the county’s COVID-19 vaccine mandate. That said, that doesn’t take away from my immense admiration for the sheriff’s proactive stance on cleaning up homeless settlements, which without him would still linger on the Venice Beach Boardwalk. (“The tradition of service at Sheriff Villanueva is not service to the public,” editorial, 2 November.

We all know Los Angeles City Councilor Mike Bonin wouldn’t have done anything about this crisis without Sheriff Villanueva’s leadership. Now the sheriff is leading the charge on cleaning up the camps lining the sidewalks outside the Department of Veterans Affairs facility in Brentwood.

The Times editorial board criticizes Villanueva for refusing to implement the vaccine’s mandate, but rest assured that the people of Venice and other Westside communities are not focusing on it at all, as they are encouraging it with enthusiasm for doing an important job to promote the health, safety and well-being of all who reside there.

For the publisher: I was stunned by Villanueva’s argument that the county’s vaccination mandate is causing a “mass exodus” in his department that threatens public safety.

It is obvious that Villanueva has no sense of irony. Hasn’t it occurred to him that unvaccinated members of the sheriff’s department are also a threat to public health and safety?

This “exodus” is a perfect opportunity to clean up and hire vaccinated MPs who believe in science and will keep their oath to protect and serve their communities, instead of ignoring and flouting mandates they don’t. do not like.