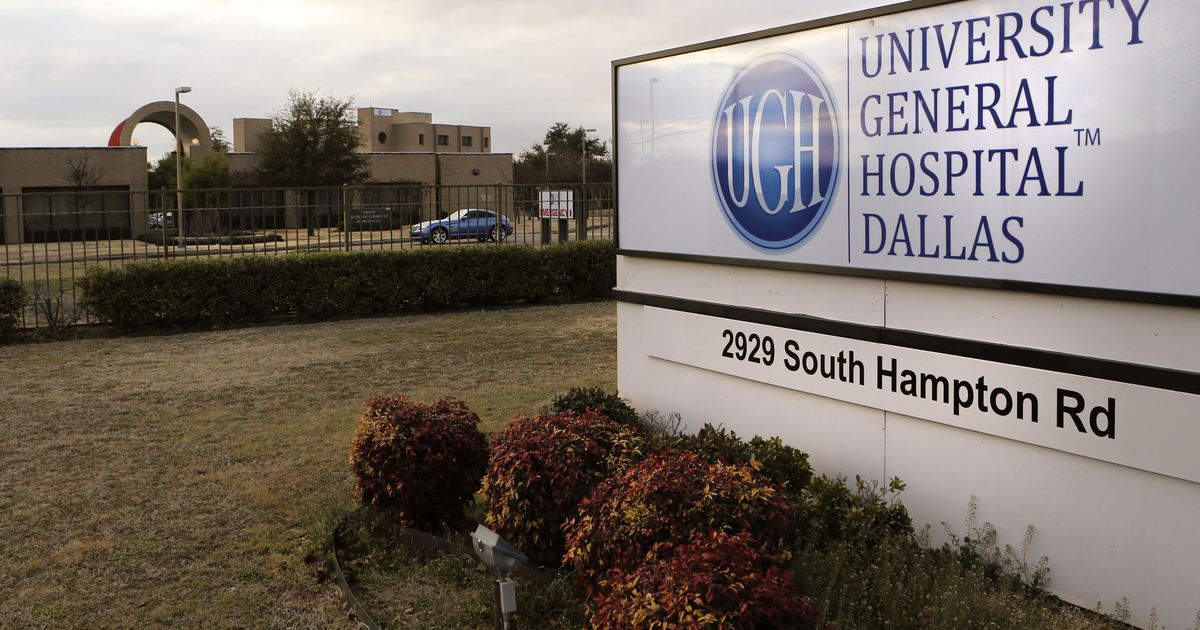 Dallas purchases a closed Oak Cliff hospital with the intention of redeveloping it for housing and other services for homeless people.

The Dallas City Council voted 14 to 1 to approve spending $6.5 million in bonds to buy the former University General Hospital. More money may be needed in the future for renovations and other improvements.

Council member Carolyn King Arnold, whose district boundaries begin opposite the 12-acre property along South Hampton Road, was the only one to vote no. She said she disapproved of the lack of public opportunities area residents had to give their input on the plan.

Wednesday was the first time board members received public comment on the proposed purchase of the vacant South Dallas Hospital.

City officials said details of the real estate deal could not be publicly discussed in advance to avoid potentially jeopardizing the deal. They said community meetings would be underway to get public input on plans for the property.

Council members were briefed on the plan at a closed meeting on January 5.

What will happen to the site, which has three buildings, is still up in the air. The medical facility has been closed since 2014 and borders an elementary school and municipal library, single-family homes, a seniors’ apartment complex, and Kiest Park.

Council member Casey Thomas, who represents the area, said he believes the deal will move the city forward in addressing its housing challenges.

The proposal comes as the city continues to struggle to address homelessness. Last year’s Dallas-area count found 4,570 homeless people in Dallas and Collin counties over a two-week period.

But the data shows that the number of homeless people is much higher. The area that spans Dallas and Collin counties reported more than 9,000 people who used homeless services in 2020, according to federal housing and urban development data.

The city recently helped launch a regional initiative to help get more than 2,700 without stable housing into apartments by the end of 2023. The city also recently launched a public awareness campaign discouraging people from giving directly money, food and other items to people who beg and refer them to local social services instead.

Money for the vacant hospital site would come from bonds approved by voters in 2017, specifically earmarked for transitional and permanent housing for people experiencing chronic homelessness and other related services.

The purpose of purchasing the property would be a combination of affordable and supportive housing options, according to city documents. It is also intended to use existing medical facilities and other services to help the homeless population and the surrounding community.

The 111-bed hospital had experienced two bankruptcies in a decade before being acquired in 2012 by the Houston-based University General Health System.

In December 2014, two years after buying the hospital for $30 million, the health system announced it would be closing the hospital. The company filed for bankruptcy a few months later.

In bankruptcy court filings, the company said the hospital averaged more than $1 million a month in operating losses after its purchase and was closed after the failure of discussions to sell the property.

Darryl Baker, who lives in the district where the site is located, said he thought it would be more beneficial for the community to have been involved in the process earlier. There are residents in the area whose expertise in homelessness services could have been used.

He said council decisions over the decades have resulted in disparities between the northern and southern parts of the city, making residents below Interstate 30 wary of situations that require them to be convinced that things will work in their favour.

“There’s no trust,” Baker said. “This is an opportunity for Dallas to act and perform like a world-class city and bring this particular process out into the open.”

“This one-size-fits-all approach doesn’t work, and it will be a guaranteed recipe for failure.”