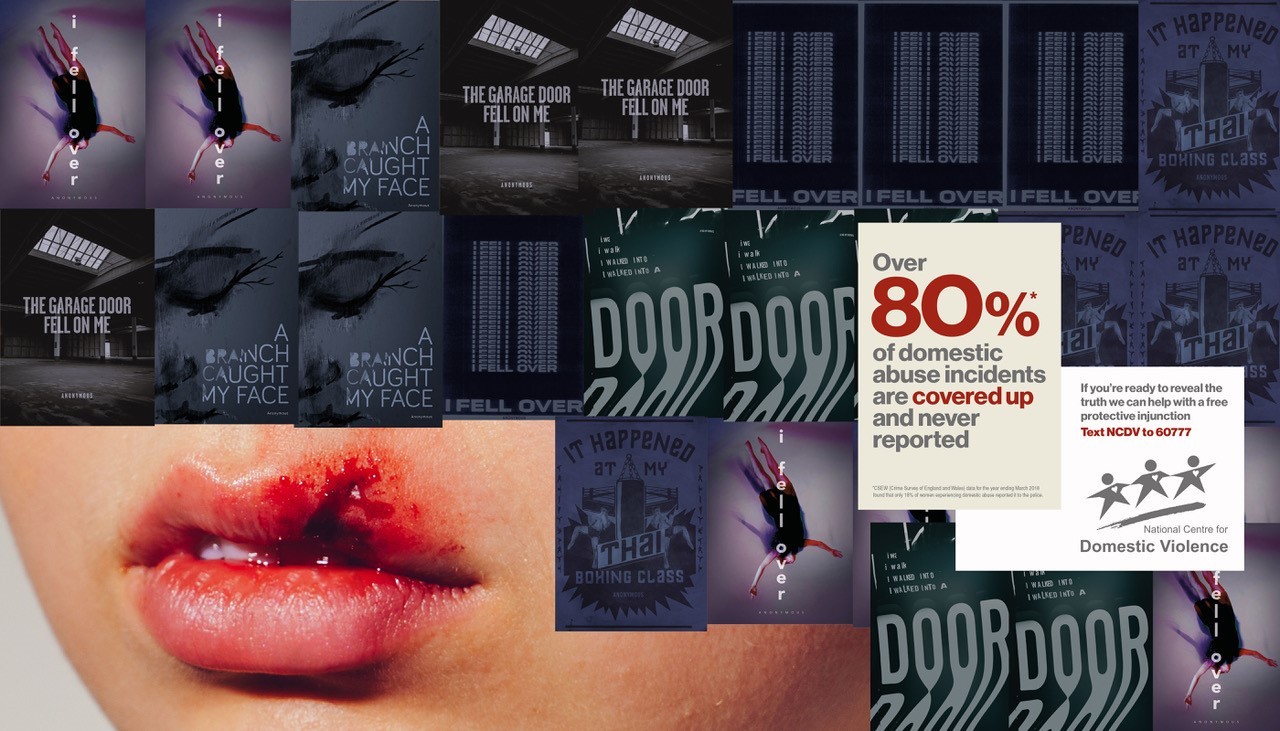 The National Center for Domestic Violence (NCDV) and Women’s Aid have launched powerful campaigns to mark the International Day for the Elimination of Violence against Women.

NCDV ran a multi-channel campaign from WPP agency Wunderman Thompson, who worked without charge, to highlight how women cover up their injuries as a result of physical abuse.

The ‘The Big Cover Up’ campaign features a series of partially concealed billboards, partially hidden films and blocked social media channels to raise awareness of domestic violence and promote the NCDV Victim Line. The creation is accompanied by a text such as “The garage door fell on me”, “It happened at my Thai boxing class” or “I fell over” to show the excuses that people give to hide abuse.

â€œIt’s ultimately a smart use of the media to deliver a powerful message,â€ she said.

NCDV’s Head of Partnerships Sharon Bryan said the campaign aimed to expose “the scale of unreported abuse in England and Wales”.

â€œIt’s tragic that so many people who are victims of domestic violence don’t feel like they can speak out – it means the true extent of the problem is hidden,â€ she said.

The â€œSpot The Abuseâ€ trivia show features three cheerful contestants who a game show host asks about relationships. Questions include: â€œYour partner often tells you what to wear and gets cranky if you don’t agree. Is that normal? â€Andâ€œ Your partner won’t let you have a bank account because he says you’re not good with money. Do you think it’s okay?

The two-minute social media ad ends with details on the Women’s Aid website and phone number.

Christopher Ringsell, Creative Director of Engine Creative, who also volunteered, said: â€œEducating people about coercive control through the lens of a game show is an unusual and powerful juxtaposition.

“The glitzy lights, cheesy soundtrack and shiny world aren’t the normal place to communicate the harsh realities of domestic violence, but the format is perfect for asking questions and answers about controlling behavior.”

The ads follow the recently launched Refuge campaign, which revealed the hidden rise in technology abuse.