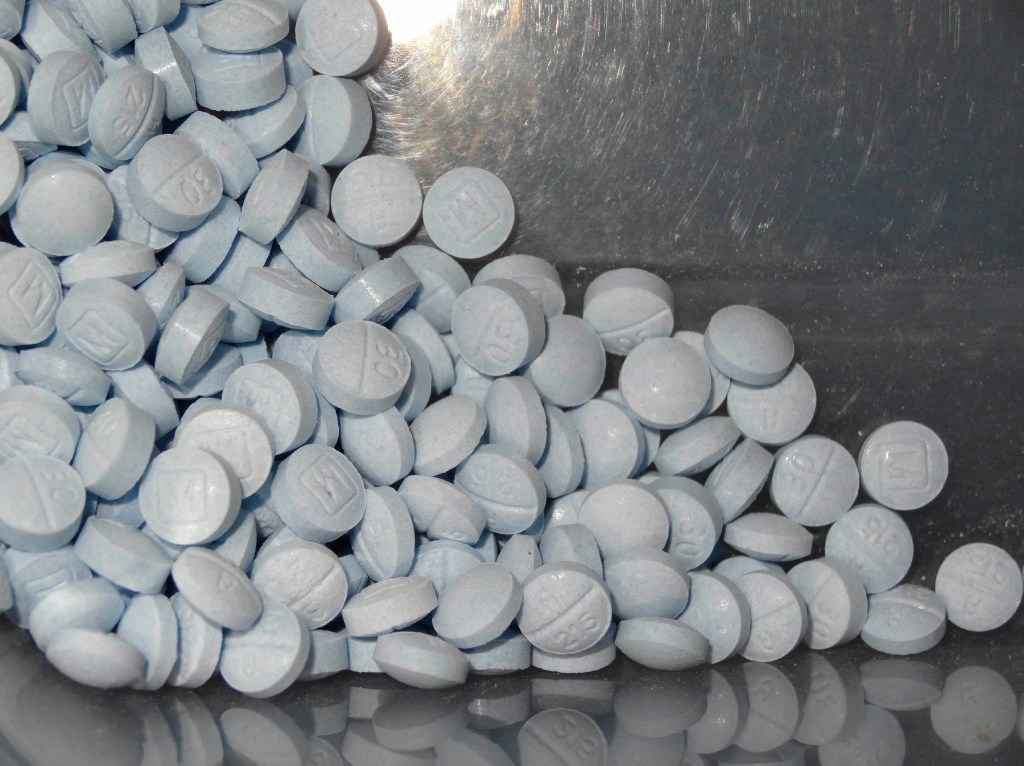 The Justice Department charged five men from different states last month with participating in a $12 million drug trafficking scheme, selling prescription drugs and steroids made largely outside the United States .

But these men weren’t selling drugs on street corners or in the local gymnasium. They were doing it the 21st century way: online.

They were dealing on two web domains. The drugs they sold required the supervision of a licensed practitioner, but the sites did not require a prescription for purchase, according to the indictment.

Now seized by the federal government, the sites could be accessed — not through the Dark Web or a secret login — but through a simple Google search.

“Right now you can Google Percocet or Xanax and more than likely more than half of those first-page search results would be an illegal pharmacy,” said John Hertig, professor of pharmacy practice at Butler University. According to Hertig, fake pharmaceutical websites like these two are not in the minority. Of the 35,000 online pharmacies, only 5% operate legally, according to the Association for Safe Online Pharmacies.

Fake pharmacies are not looking to get consumers a good deal. United to Safeguard America from Illegal Trade spokesman Matt Albence said the sites are operated by drug cartels, some of which are linked to terrorism.

“They are not bound by any regulations or laws,” Albence said. “They don’t care or care about people who might suffer significantly from using their products.”

Fake pharmaceutical sites counterfeit everything from Viagra to Adderall, and consumers have no idea if what they’re getting is safe, Hertig said.

In 2021, the Drug Enforcement Agency seized enough fentanyl to provide a lethal dose to every American.

Deaths linked to fentanyl-containing pills have been linked to Snapchat in 17 states, according to the Partnership for Safe Medicines.

With the internet, there’s no longer a need for a street drug dealer, said Kari Kammel of the Michigan State University Center for Anti-Counterfeiting and Product Protection.

“If you have someone based in China who assembles counterfeit Xanax and mixes it with fentanyl, they can sell it directly to consumers in small packages,” Kammel said. “Customs does not pass them through large ocean freight shipments. You don’t have drug sniffing dogs looking for a little packet of envelope.

Drug dealers will use keywords to attract consumers, and it is S-3 Research’s job to flag these sites and accounts. With drug dealers constantly changing keywords, Mackey says the platforms need to work together.

Cooperation between the private sector and law enforcement is essential, Albence said. “Social media platforms must commit to participating and providing information to law enforcement so they can take the necessary action against these illegal actors.”

While fighting internet cartels, the southwestern border should not be forgotten, Absence said.

“The cartel creates vulnerabilities,” Albence said. “They will send 150 to 200 people across the border to a desolate place, knowing that this will tie up all the resources of the Border Patrol agents, giving them the opportunity to get their contraband through.”

And now, with a simple Google search and a hashtag, drug cartels have direct access to consumers.

“I’ve spoken to a number of families where their children have died,” Hertig said. “They meant nothing wrong and they had no idea fentanyl was in the product. It was the day before an exam and they never left their room.