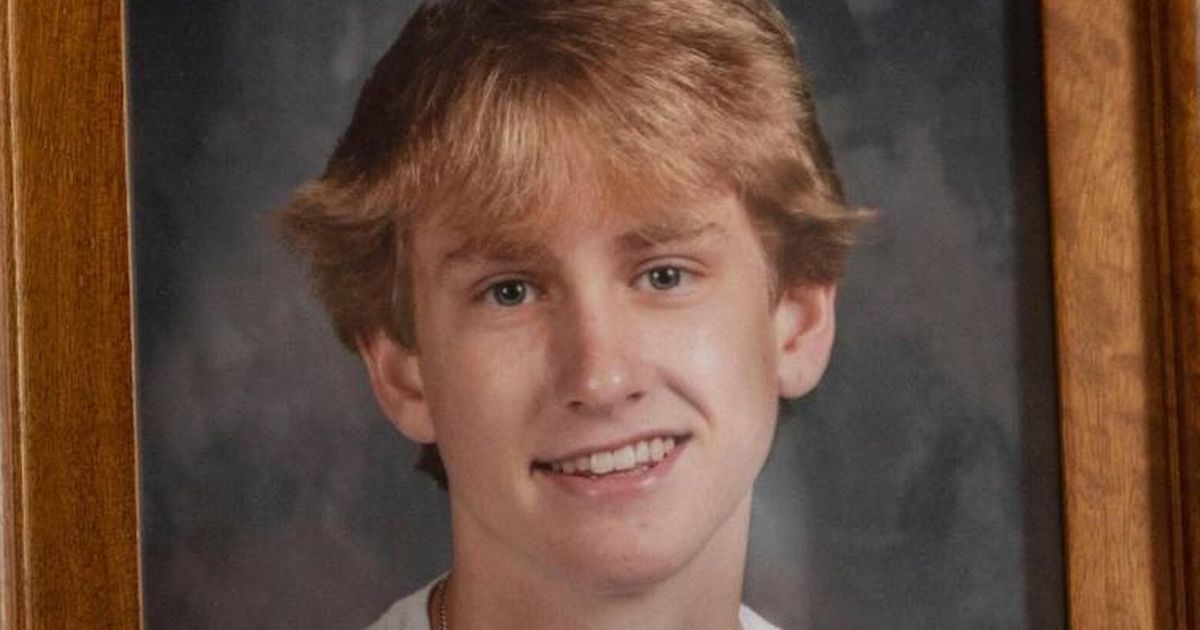 Cooper’s parents had told The Star that the pill containing the synthetic opioid that killed their 16-year-old son had been purchased by a friend who used Snapchat to connect with a dealer in Missouri. Cooper and his friends thought they were taking Percocet pills. He’s the only one who died.

Libby Davis said she monitored her son’s Snapchat account and, “I could see drugs being sold on Snapchat, so it’s not hard to find. It’s definitely happening.

“People were posting pictures of what they had for sale and how much they cost. And it was people back home. I know he had drug routes on Snapchat.

Last month, in a back-to-school message to families, Marshall warned parents that “your kids through social media, through Snapchats, can buy a fentanyl pill, which can kill them. So please, parents, teachers, talk to your children about the dangers around them.

Marshall described his proposal as a way to hold social media companies accountable. Law enforcement officials are warning that an alarming rate of fentanyl-containing pills are being sold via TikTok, Snapchat and other popular social media sites. Drug cartels trafficking fentanyl in the United States use extensive social media distribution networks, Marshall says.

Marshall and seven other Republican senators sent a letter this week to the CEOs of Instagram, Snapchat, YouTube and TikTok asking them to identify “actions your companies are taking to protect children and crack down on illegal drug sales on your platforms.” and “recognize the role your platforms play in the evolution of the illicit drug ecosystem.”

“Social media platforms like yours provide marketers with a convenient place to anonymously and discreetly sell these counterfeit pills to young audiences,” they wrote. “With 4 in 10 of these pills containing a lethal dose of fentanyl, more and more of these online transactions are ending in tragedy.”

Some companies, however, have already taken steps to combat illegal drug sales on their platforms. Snapchat unveiled new security policies last year. For example, he has developed an educational portal that users are directed to if they search for drug-related keywords. The company said it also increased its detection rates by more than 200% early last year alone.

“We are committed to removing illegal drug sales from our platform, and have invested in proactive detection and working with law enforcement to hold drug dealers accountable for the harm they cause to our community” , the company said in a statement.

Facebook said its standards are clear to users: Neither Facebook nor Instagram allow people to buy, sell or trade pharmaceuticals on their platforms, and they have partnered with experts and groups fighting the crisis. opioids.

TikTok also prohibits the depiction, promotion or trade of drugs and other controlled substances – violators of the platform’s Community Guidelines are kicked out. But some users still find ways around these rules.

As easy as Grubhub

Cooper’s death was one of two high-profile fentanyl deaths of young people in the Kansas City area in the past year linked to social media.

In Northland, Ethan Everly, a sophomore at Oak Park High School, died on March 29, five days after taking a little blue pill he apparently thought was Percocet, a narcotic used to treat pain but also sold illegally to people looking for a high.

Young people like Cooper and Ethan take pills they think are Xanax, Percocet, OxyContin and other pharmaceuticals, unaware that some are counterfeit pills that contain enough fentanyl to kill them.

Ethan communicated with the person who sold him the fake Percocet via Facebook Messenger. His father later saw the conversation on Ethan’s phone. His son paid for the pill that killed him via Cash App.

“So it’s no longer the idea that you go down an alley in this dangerous area and make a purchase,” said Rogeana Patterson-King, deputy special agent in charge of the Kansas City District Office of the United States Drug Enforcement Administration, at the Star earlier this year.

“These drug dealers have become very savvy and know how to solicit buyers on different types of apps on your phone.”

In the age of social media, teens can now get high as easily as having dinner delivered by Grubhub. “They don’t leave the house anymore,” Kevin Kufeldt told Johnson County parents at a drug seminar earlier this year.

Kufeldt, a Johnson County Mental Health Center counselor who works with teens in treatment for addiction, warned parents in the Blue Valley School District not to dismiss the growing fentanyl crisis as something that doesn’t affect their families. children. It’s at your front door, he warned.

She knew nothing about the fentanyl crisis until her son died in August 2021, shortly after starting his freshman year at Mill Valley High School in the De Soto District. But since then she has put aside her fear of public speaking and has spoken to countless parents on the subway. She was scheduled to appear with Marshall at a press conference on Friday morning.

She and her husband, Randy, also launched a public awareness campaign in his memory, Keepin’ Clean for Coop. Marshall’s office said it worked with the couple to craft the Cooper Davis Act.

Snapchat, the popular instant messaging app, allows people to share images and video clips that disappear, often within seconds, of being viewed.

“The concept of Snapchat that I despise,” Davis told The Star. “I don’t believe parents shouldn’t be able to see exactly what their kids are doing on this platform. I think the built-in privacy for immature children is doing society a disservice. It just shouldn’t be. You shouldn’t offer children the opportunity to do secret things or bad things. »

The letter that Marshall and his fellow Republicans sent to the social media giants asked for details about what they are doing to stop illegal drug activity on their platforms.

The senators, who also requested a meeting with the CEOs, asked social media platforms for the number of illegal drug transactions and accounts taken down for this activity. And they asked if the companies shared information with other social media companies and law enforcement.

Last year in Kansas, fentanyl-related substance overdose deaths exceeded all other drug-related overdose deaths. Of the 338 people who died of drug overdoses between January 1 and June 30 last year, 149 involved fentanyl or a fentanyl analogue.

The Kansas City Police Department said earlier this year that accidental fentanyl overdoses increased nearly 150% between 2019 and 2020, particularly noticeable among 15-24 year olds. Last year, of 129 overdoses, 50 were related to fentanyl, the KCPD said.

Law enforcement officials across the country are in a plenum warning families of this overdose explosion, including the DEA’s public awareness campaign, One Pill Can Kill.

Marshall’s proposal is modeled after the federal code that requires reporting of activities related to the sexual exploitation and other abuse of children to the Department of Justice.

According to his plan, the information the companies would report at their “sole discretion” would include details of people involved in illegal drug-related activities – email addresses, screen names and payment information, excluding details personally. identifiable.

They would also flag area codes or postcodes that could identify geographic location and information related to drug sales, such as photos or direct messages.

It does have built-in privacy protections, however, noting that providers are not required to “monitor any user, subscriber or customer” or “search, filter or scan” their accounts.

The law requires the DEA to make the reports available to other law enforcement agencies. And it outlines penalties for providers who knowingly and willfully fail to report such activity — no more than $150,000 for the first offense, no more than $300,000 thereafter.

Marshall frequently uses the fentanyl crisis to push for tighter security at the U.S. border with Mexico, as part of his party’s hardline approach to immigration.

It’s one of the party’s star messages in its effort to take control of Congress in November.

Marshall, who is not eligible for re-election until 2026, is among Republican lawmakers who traveled to the southern border to emphasize their opposition to illegal immigration.

After his trip, Marshall called Kansas a border state, given the number of fentanyl overdoses in the state, and lambasted President Joe Biden for what he called a humanitarian crisis on the border.

“Border security is tied to fentanyl poisoning, 90% of fentanyl crosses the border because we don’t have a secure border,” Marshall said.

The Department of Justice said in August that more fentanyl was seized at California’s ports of San Diego and Imperial than at any other port in the country and that in the first nine months of the fiscal year, 60% of seizures of fentanyl in the country were along the southern border.

Marshall’s bill faces an uphill battle passing through the Senate, which is currently tightly controlled by Democrats.

This story includes reporting by Daniel Desrochers of The Star.