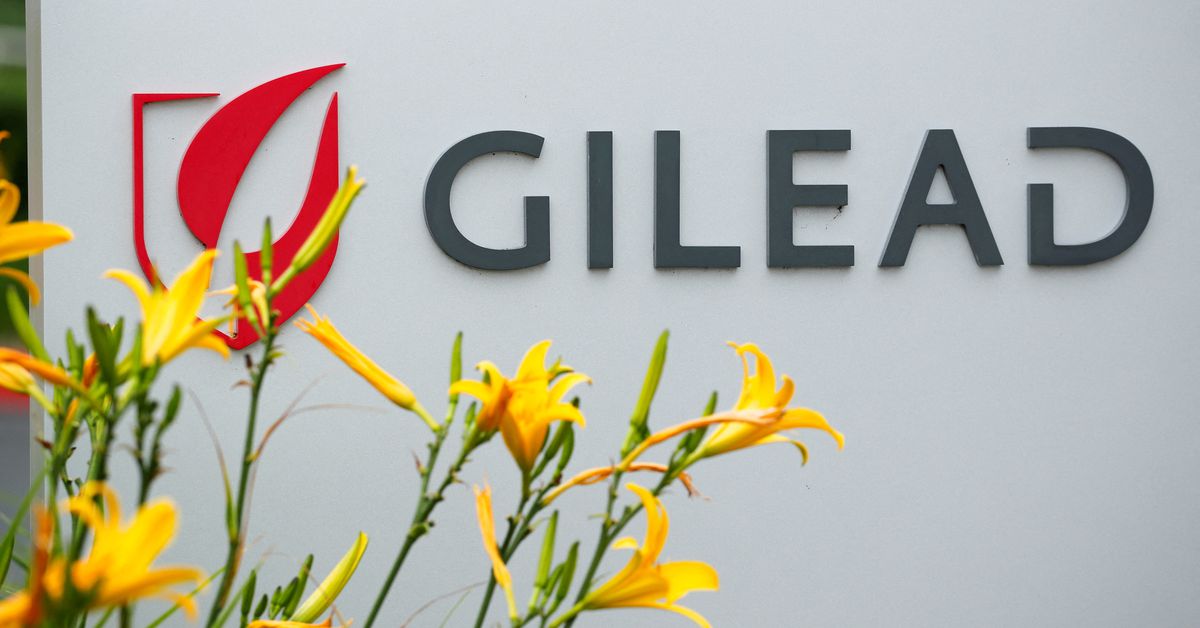 June 4 (Reuters) – Gilead Sciences Inc (GILD.O) Trodelvy has extended by 1.5 months, or 34%, the amount of time women with an advanced stage of a common type of breast cancer live without worsening of their disease, according to trial data presented Saturday.

The phase III study compared Trodelvy with chemotherapy in 543 patients with hormone-responsive tumors who tested negative for a receptor called HER2 and who had stopped responding to at least two previous lines of treatment.

The data, presented in Chicago at the American Society of Clinical Oncology (ASCO) annual meeting, shows progression-free survival for the Trodelvy group of 5.5 months versus 4 months for chemotherapy patients.

“Some would say that’s really a clinically significant difference?” Dr Julie Gralow, ASCO’s chief medical officer, told Reuters. “The real point here is that we have proof-in-principle that this drug works… I’m sure it will be used.”

In the first analysis of the study, Trodelvy patients lived an average of 13.9 months, compared to 12.3 months for the chemotherapy group – a difference that was not statistically significant.

“We have to wait for this to mature,” Gilead chief executive Daniel O’Day told Reuters. “The final overall survival analysis will most likely be in 2024…but we’ll see if we look at it sooner.”

He said Gilead intended to seek US approval based on the recent data, pending routine discussions with the Food and Drug Administration.

Patients with HER2-negative, hormone-sensitive metastatic breast cancer are treated with hormone therapy combined with targeted drugs. As the disease becomes resistant, treatment is limited to chemotherapy with shorter and shorter durations of benefit.

Gilead said in March that the study had achieved its primary goal of reducing the risk of cancer progression or death, but did not release any details. Shortly after, the company wrote down the value of its 2020 acquisition of drug developer Immunomedics by $2.7 billion.

“If the data matures and a clearer overall survival advantage emerges, then we believe there could be a viable path,” BMO Capital Markets analyst Evan Seigerman said in a note on Saturday. of research.

But he expressed caution about potential competition from Enhertu – a drug from AstraZeneca Plc (AZN.L) which is being studied for breast cancer patients with low levels of HER2.

The most commonly reported adverse side effects in Trodelvy patients were low white blood cell counts and diarrhea.

Trodelvy is already FDA-approved for metastatic triple-negative breast cancer and previously treated bladder cancer. It is being studied for use in a number of cancer types.

O’Day said Gilead plans to begin a trial of Trodelvy in the second half of this year as an initial treatment for hormone receptor-positive, HER2-negative breast cancer.

The drug has a US list price of $2,188 per vial, but Gilead did not provide details on the average dose or duration of treatment.

Wall Street analysts on average expect annual sales of the drug to top $2 billion in 2026, according to Refinitiv.