HARUNA AND THE WAR ON DRUG ABUSE 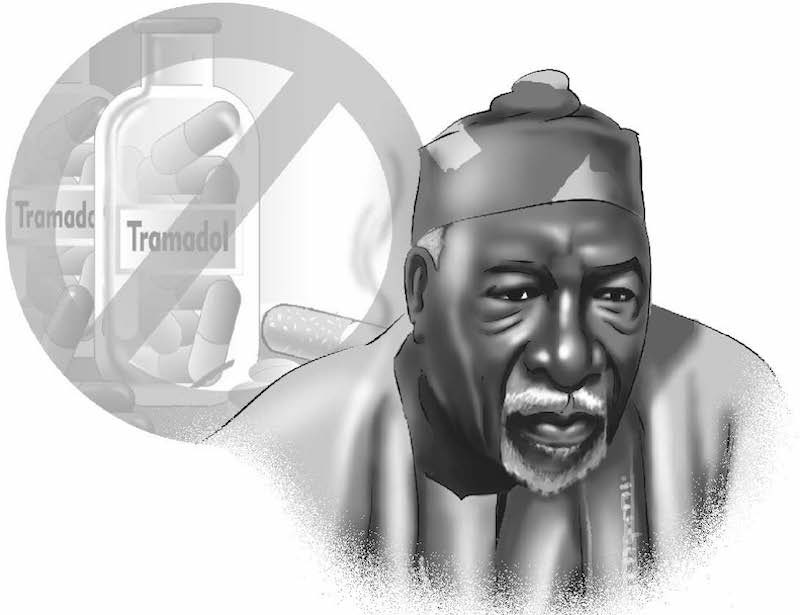 HARUNA AND THE WAR ON DRUG ABUSE

The retired general’s enlistment in the fight against drug addiction is heartwarming, writes Chuks Akamadu

It was with remarkable relief that I read a report from the News Agency of Nigeria (NAN) on August 1, 2021 which cited the workaholic President / CEO of the National Drug Enforcement Agency ( NDLEA), Brigadier General Mohammed Buba Marwa. (rtd) saying the agency arrested 5,000 offenders, prosecuted 3,000 and counseled 2,303 drug addiction victims within five months, January through May.

It was equally refreshing to note that under the phenomenal surveillance of General Marwa, the NDLEA has, to its credit, seized over two million kilograms of assorted drugs as well as recovered drugs and cash of far greater value. to 90 billion naira! Really where there is a will, there will always be a way.

It just means that, while it is not entirely out of place that Nigerians are alarmed at the increasing prevalence of drug abuse and illicit trafficking in and around Nigeria, the laudable leadership of the NDLEA in ridding itself of the problem. the nation of narcotics and potentially harmful psychotics holds the prospect of rapid victory – especially if the current momentum is sustained.

It is in this context that the Center for Ethical Rebirth Among Nigerian Youths (CERANY), a voluntary organization conceived 19 years ago to be a catalyst for the moral awakening of young Nigerians is proud to be associated with NDLEA in its commitment. renewed to save the nation from the shackles of drug addiction.

In retrospect, the CERANY initiative was, after all, not a wasted endeavor on the part of some very distinguished Nigerians who volunteered in 2001 to become co-midwives in what has today become a special purpose vehicle. (SPV) for the campaign against drug abuse in Nigeria.

Perhaps I should note at this point that the biggest base of support we had at the start was the late Chief Debo Akande (SAN) who substantially funded our activities and also joined us in the field. Chief Akande was then joined by Mr. George Eke – a leading patron and true inspiration, His Eminence, Cardinal Anthony Okogie, Professor Oye Ibidapo-Obe, Vice-Chancellor of the University of Lagos , nationalist and dean of public relations practice in Africa. , Chief Bob Ogbuagu (OON), Professor Emeritus Ayo Edwards, Mr. Cyprian C. Udenwa, Professor CS Momoh and Mazi Sam Ohuabunwa, President, Neimeth Pharmaceutical PLC (as he then was).

As we started our â€œCatch the Youthâ€ campaign against drug abuse, more notable Nigerians who we actually saw as, in their individual rights, beacons of morality like the late Professor Dora Akunyili, Amb. Timloh Butven, Prof CK Agomo and Prof EO Akanki have actively joined and promoted CERANY’s efforts in tackling the scourge of drug addiction among the youth of Nigeria.

We had traversed Lagos State back and forth – and beyond, participating in orientation programs for first-year students at higher education institutions and hosting special anti-counseling sessions. drugs for high school students. I remember, with nostalgia, CERANY’s impactful interactions in 2004 with students at Apata Memorial College Isolo, Atlantic Hall College Maryland, Beautiful Gate and Effortswill Ejigbo Colleges and Adventist High School. Seventh Day Ede, Osun State, to name a few.

It had been a most rewarding exercise. For the most part, we have dipped our hands in our pocket money and funds to be distributed to offset the cost of logistics. We were united in our common belief that in order to build a great Nigeria, we must jealously protect the moral health as well as the physical and mental well-being of our young people – who own Nigeria’s future.

So it’s a touching moment for me that on the eve of CERANY’s 20th anniversary, the flame of the anti-drug fire that the aforementioned great Nigerians lit almost two decades ago forced a general to retire. to voluntarily leave the â€œReserve Listâ€ and join the war on drug addiction as an octogenarian, with a strong determination to lead from the front lines.

It is also interesting to note that this story comes at a time when NDLEA, our reliable partner in the making, has unleashed, for good measure, a legitimate terror on all actors, active and passive, of abuse and drug traffic. “value chain”.

At CERANY we are fascinated by the interest and support shown to us in our relentless campaign against drug abuse by an elderly statesman, quintessential patriot, soldier, excellent officer, gentleman and a legal authority, Major-General IBM Haruna (rtd) OFR; and it is for this reason, his remarkable professional achievements and the beautiful portrayal of decency that we see in him, that the Board of Directors (BoT) and the National Executive Committee (NEC) of CERANY officially enlisted him as a fighter. in the fight against drugs. abusing the army, granting it the honor of serving as the great patron of the pioneers of CERANY on the auspicious occasion of the celebration of its 81st birthday on July 24.

To top it off, with the official launch of the War on Drug Abuse (AMA) by President Muhammadu Buhari on June 26, 2021 and in line with our avowed commitment to complement the laudable efforts of the NDLEA and the government in the fight Against Drug Abuse, CERANY will commemorate its 20th anniversary with an aggressive national campaign against drug abuse which will be named and known as “Gen.” IBM Haruna’s National Campaign Against Drug Abuse â€.

This honor, in our opinion, is well deserved and should serve as a challenge for other well-meaning Nigerians to understand the urgency of the moment, make themselves available and play a role in the ongoing war on drug addiction – a hydra Headed monster that spreads over the individual, destroys the family unit and feeds insecurity in the country. Let us unite to defeat this scourge which, among other things, leads to stroke, cancer, damage to blood vessels, cardiovascular and terminal diseases as well as overloading of the brain, kidneys and other vital organs.