Hawari emphasizes the importance of using 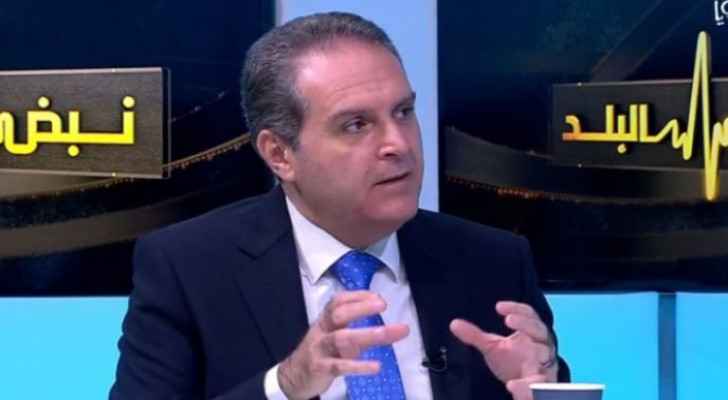 Hawari emphasizes the importance of using

Health Minister Firas Al-Hawari on Tuesday stressed the importance of communicating scientific evidence and clear messages to target groups as part of the national coronavirus vaccination campaign, in order to raise awareness of the importance of vaccination, to the degree of safety of the vaccines. , and the danger of the coronavirus and its mutations.

This message came as Hawari launched the second phase of the nationwide campaign to increase demand for COVID-19 vaccines.

The campaign was launched by the Department of Health at Al-Hussein Youth City, with support from the United States Agency for International Development (USAID), and in cooperation with the Royal Society for Health Awareness, in the presence of the director of USAID in Jordan. , Sherry Caroline.

Hawari said that at a time when many countries are facing difficulties in obtaining vaccines, due to the lack of availability in the required quantities and high demand, Jordan was putting its name on the list of the first countries to be benefit from the vaccine, thanks to its wise Hashemite leadership who leveraged its strong international relationships to ensure vaccine availability.

He added that these relationships were reflected on the ground, starting the process of obtaining these vaccines by Jordan in early January, so that the government began to launch nationwide campaigns to encourage Jordanians and residents to obtain vaccines based on the national coronavirus vaccination plan, and the approved strategy of the Department of Health and the National Security and Crisis Management Center (NCSCM).

Hawari praised USAID’s efforts to support national efforts to fight the pandemic, through various projects and programs funded by the Agency.

In turn, Caroline stressed that safe and effective vaccinations are the basis for protecting lives and promoting Jordan’s economic recovery, which is one of the most important priorities for the United States.

She calls on everyone to be vaccinated according to availability.

The campaign aims to encourage all layers of society, from the age of 16 and over, to register for the vaccine on the national vaccination platform, to come to the centers on the dates specified for them, and to obtain all doses of the vaccine to protect themselves and society against infection with severe symptoms of the virus, which targets people aged 45 and over, as they are most vulnerable to severe symptoms of the disease.

This campaign is based on studies and research that have been implemented at the national level, to identify the concerns of citizens and residents on the territory of the Kingdom regarding the vaccine, and the reasons for the reluctance of some to receive it.

It is also accompanied by the support of USAID, through the Nutrition and Community Health Project, implemented by Family Health International (FHI 360) and the local partner of the project, the Royal Society for Health Awareness, and in extension of the campaign launched in November, with the aim of strengthening preventive behavior linked to the pandemic by favoring the wearing of masks, the maintenance of social distancing and the media campaign to raise awareness about the Covid-19 vaccine launched last May.