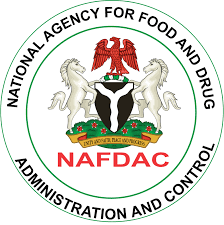 The House of Representatives has urged the National Agency for Food and Drug Administration and Control (NAFDAC) to regulate the activities of online drug advertisers and sellers in Nigeria.

This followed the passing of a motion by Representative Onofiok Luke (PDP-Akwa-Ibom) during Tuesday’s plenary in Abuja.

Introducing the motion, Luke said there was a need to regulate advertisers and online drug sellers because they delivered marketing messages to an unidentified and targeted audience.

Luke said it was meant to persuade targeted customers to commit to a specific action, including a purchase.

He said online advertising has become increasingly important to business owners and service providers around the world because it is cost effective.

The representative added that online vendors had capitalized on free access to the internet and social media platforms to advertise and sell unregistered and sometimes counterfeit drugs to unsuspecting members of the public.

He added that Nigerians were incentivized to buy drugs ranging from dietary supplements to cholesterol lowering drugs including tramadol and aspirin to viagra among others.

The legislator said that drugs were generally purchased without a doctor’s prescription or pharmacist’s advice.

He noted that the law requires that advertising of any drug or related product be accurate, complete, clear and designed to promote credibility and public trust.

The Chamber called on the Advertising Practitioners Council of Nigeria (APCON) to liaise with online advertising companies such as Google, Facebook, Twitter among others to monitor, control and enforce the standards.

The Chamber also urged the Pharmacists Council of Nigeria to sanction and prosecute those who engage in the sale and promotion of drugs online without authorization required under the law.