Hunts give to help children; UA honors the elders 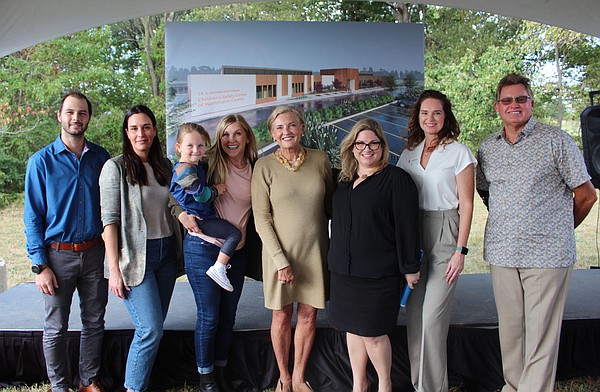 Hunts give to help children; UA honors the elders

Leaders and supporters of the Children’s Safety Center of Washington County gathered on October 12 at the location of their future home on Gene George Boulevard in Springdale to announce that the JB and Johnelle Hunt family have made a major donation of $ 3 million to support the Healing the Future campaign. The $ 12.5 million fundraising campaign â€œincludes the construction of a new building to house essential CSC programs, including advocacy for child victims of child abuse, forensic interviews, forensic examinations, therapies and prevention and education programs â€. To date, the group has raised over $ 9.1 million to reach their goal.

Jane Hunt announced her family’s support at the celebration, saying that a visit to the center last year “took my breath away … The work of this team creates hope and healing for a problem. which extends far deeper and deeper than any of them. We realize. And I knew right away that I wanted to be a part of it. “

According to a press release: â€œThe new 15,000 square foot facility will be three times the size of the current leased space. It will include the region’s first specialized therapeutic playground; soundproof interview rooms with one-way mirrors and television power supply for the police; a large confidential space for services; two medical suites; better security for staff and customers; a space dedicated to training and technology for community training; and more. The board of directors plans to pave the way in April 2022. “

Columnist Carin Schoppmeyer can be reached by email at [emailÂ protected]

What: Center leaders announced and celebrated the Hunt family’s $ 3 million donation to their Healing the Future fundraising campaign.

Where: The land on which the centre’s new facility will be built on Gene George Boulevard in Springdale.

Who: University of Arkansas Alumni Association

What: The association hosted its 76th Annual Alumni Awards Celebration to recognize outstanding alumni, friends of the university and faculty members.