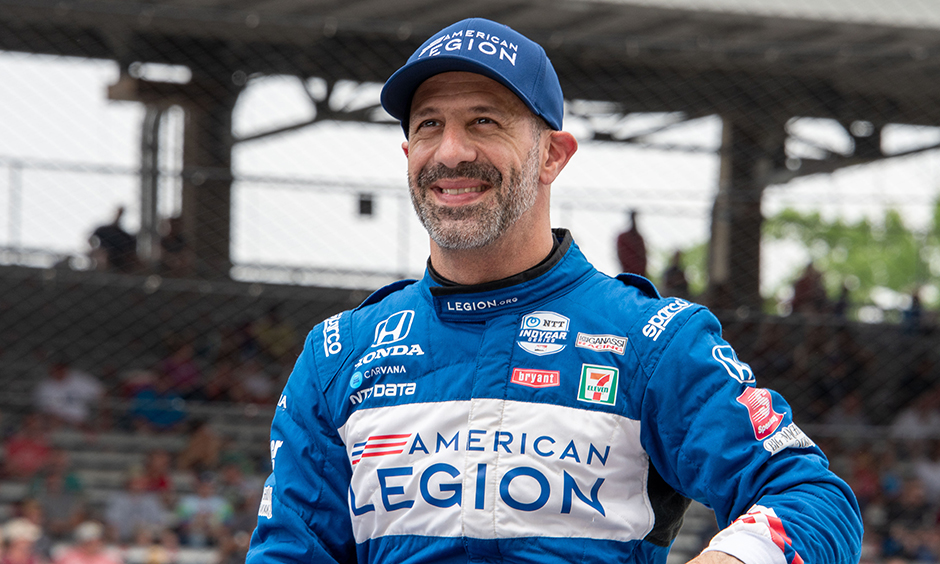 2013 Indianapolis 500 presented by Gainbridge winner Tony Kanaan and Indiana Governor Eric Holcomb joined forces on Wednesday to unveil Kanaan’s livery on the #1 American Legion Honda that Kanaan will race in of the 106th edition of “The Greatest Spectacle in Racing” on Sunday May 15. 29.

Holcomb, a U.S. Navy veteran, drove Kanaan from the Indiana Statehouse this morning in downtown Indianapolis to the Indianapolis Motor Speedway, where the eye-catching race car is covered in the words “Be the One,” which will serve as the slogan for the national awareness campaign The American Legion will kick off Memorial Day weekend.

“The Governor gave me great advice on how to drive and win,” Kanaan said. “In the past, I’ve driven with two on my car, but this year I’m proud to have just one and encourage all Americans to ‘be the one’ in helping the American Legion end the suicide of veterans.”

One of the goals of the “Be the One” campaign is to end the stigma surrounding veteran suicide, which prevents service members and veterans from seeking help.

“Raising awareness to help end veteran suicide is a cause we can all support,” said Chip Ganassi, owner of Chip Ganassi Racing. “When you have that kind of goal that motivates you, you fight harder to win, and we want to win for the veterans of our country.”

The American Legion, the nation’s largest veterans service organization, is also an official INDYCAR charity. They hope to leverage this relationship and engage other important leaders like Holcomb to drive the message and their goal across the finish line.

“The stigma is real,” said Dean Kessel, director of marketing for the American Legion. “We need to break down the barriers that prevent veterans from seeking help and we couldn’t think of a better place to get the word out than at the greatest race in all of motorsport.”

This is the second year the American Legion and Chip Ganassi Racing have partnered for the Indianapolis 500. This is Kanaan’s 21st appearance in the race; he finished 10and in last year’s 500.

The American Legion is the largest veterans services organization with nearly 2 million members in more than 12,000 posts across the country. Chartered by Congress in 1919, the American Legion is committed to mentoring youth and sponsoring wholesome community programs, advocating patriotism and honor, promoting strong national security, and continued dedication to service members and veterans. .

Live coverage of the 106th Indianapolis 500 presented by Gainbridge begins at 11 a.m. ET Sunday, May 29 on NBC, Telemundo Deportes on Universo and the INDYCAR radio network.