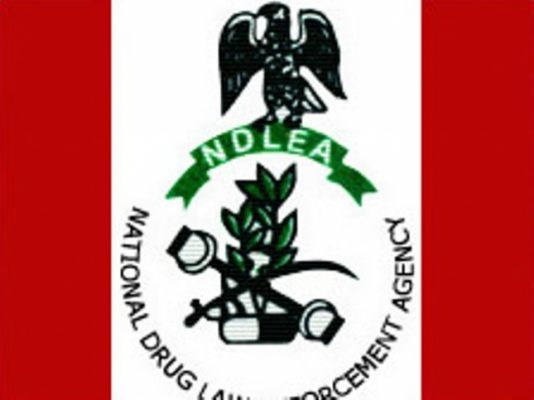 The commander of the anti-drug agency’s special zone, Ameh Inalegwu, gave the warning during a meeting of stakeholders.

The meeting in Lagos on Tuesday was a constructive anti-drug engagement with shipping stakeholders.

News Agency of Nigeria reports that the undertaking was to review the business procedures of shipping companies and agents.

The drug war chief said the agency must stop the flow of illicit drugs into the country through the waterways.

According to Inalegwu, who is also the narcotics commander of the Apapa Special Area Command, approximately 3,349.25 kg of various drugs were seized from the Lagos inland waterways between January and May.

He said: “This agency had made several arrests and seizures at points of arrival and departure from the waterways.

“Besides Cannabis Sativa grown in commercial quantities, there are concerns about the arrest of opiates like Tramadol exported from Nigeria.

“It seems that the shipping companies don’t care about the cargoes they bring to Nigeria, which most of the time results in misrepresentation.”

Inalegwu said this reckless attitude had a negative impact on the country’s economy and security.

He added: “According to investigations, some shipping companies are indeed aware of these false declarations, thus collaborating with unscrupulous businessmen to circumvent the laws of the country.

“It is unfortunate that some information about your manifesto and the Bill of Laden is also intentionally vague, which frustrates the investigation.

“However, the NDLEA is here to tell you that the war against illicit drug trafficking through the waterways would get hotter.

“If a shipping company or an agent is caught with illicit drugs, the Nigerian Correctional Center would become a home for the perpetrators.”

Callys said ignorance of the law would not be accepted as an excuse by a shipping company caught selling illegal drugs.

Seaport Operations Manager Omolade Faboyede has urged operators to join the NDLEA in its war against drug addiction.