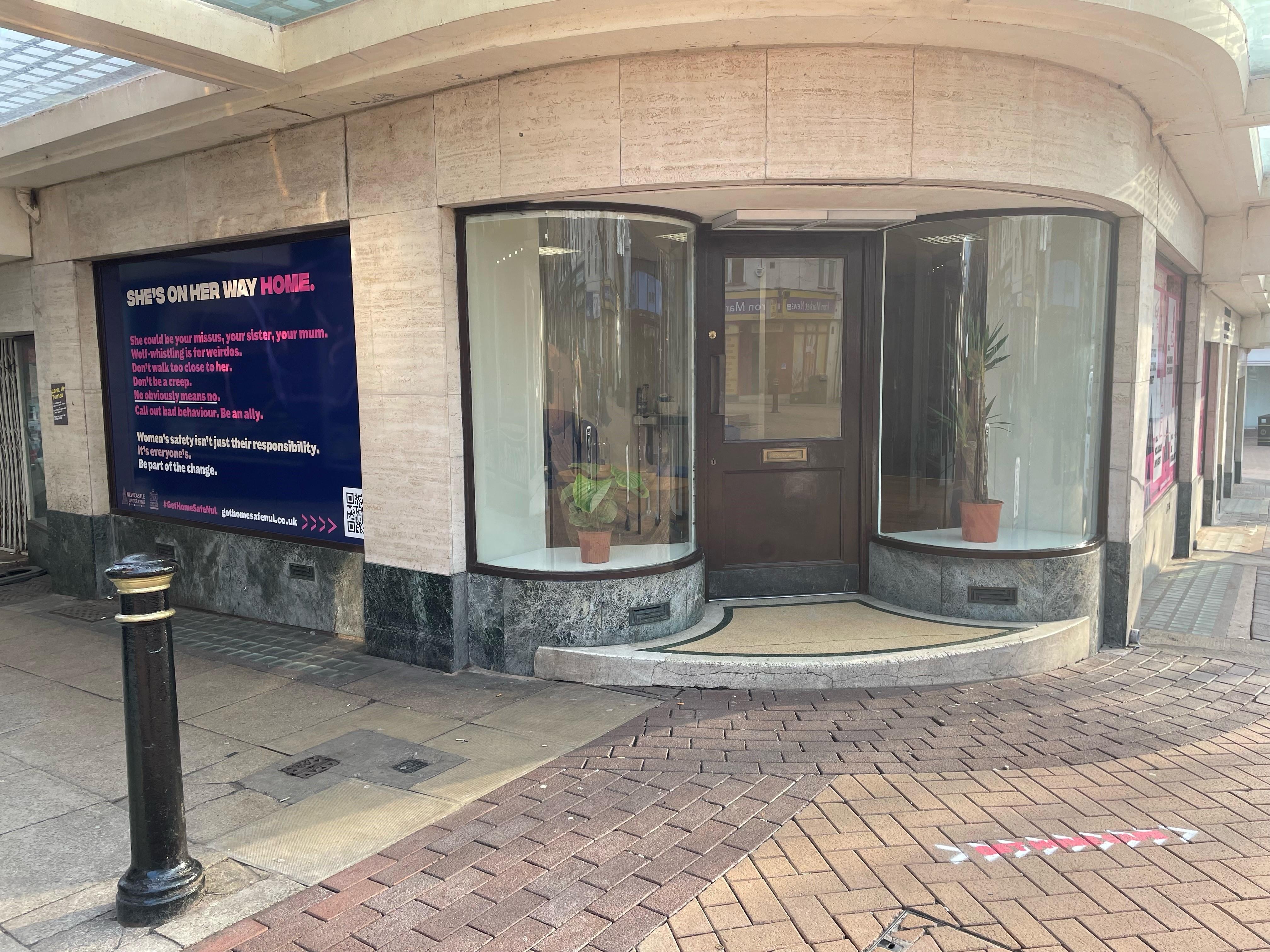 The campaign, coordinated by the Council, begins on Friday evening (March 25) with the launch of a safe space in Newcastle city center where visitors can get support, information and free safety aids.

A new zero tolerance campaign is being launched in Newcastle-under-Lyme to help eliminate the risk of harassment for residents, shoppers and overnight visitors.

The Council is rolling out a package of initiatives to make women and girls feel safer in public spaces through the distribution of Home Office funding, awarded to the Staffordshire Commissioner, following of a successful bid to the Fund for Women’s Safety at Night.

It starts on Friday 25 March with the inauguration of a ‘safe space for women’ in Newcastle city centre. Located in a commercial unit of the Lancaster Building near the Guildhall, it is open from 5:30 p.m. to midnight on Friday and Saturday evenings until April 16. The space, set up and run by Newcastle-under-Lyme Business Improvement District and the council which donated free use of the unit, is staffed by police officers, workers support, security partners and volunteers able to provide assistance. , provide safe shelter and report relevant services.

Staff will ensure that visitors can contact someone if they wish to return home safely or simply give them time to collect their thoughts. If the matter is more serious or a crime has been committed, they will be assisted in contacting the police. The hub also provides free safety aids for women who may find themselves in a vulnerable situation.

The ‘Get Home Safe’ campaign comes a year after the murder of Sarah Everard by Metropolitan Police officer Wayne Couzens sparked widespread concern about violence against women in the UK.

Following the tragic murders of Sarah, Sabina Nessa and other female victims, the debate over how the police and other services are tackling crimes in which women and girls are disproportionately affected – such as bullying, stalking, sexual abuse and domestic violence – has figured prominently in the national conversation.

Other projects supported by the funding include:

Meanwhile, mandatory protection training for all taxi drivers operating in the borough, which is conducted at regular intervals, is being enhanced and updated by the Council to include more information on potential vulnerabilities of women at night.

Catherine Fox, Vulnerability Officer for the Council, said: “The tragic death of Sarah Everard last year, and other women since then, has brought the issue of women and girls to the center of national attention. feel and are safe in public places.

“The Council continues to work proactively and creatively with multi-agency partners to address violence against women and girls in Newcastle-under-Lyme, including providing help and support to people living abusive relationships, but this funding will allow us to do an even better job of making sure they have a safe time while having fun.

“We want to do everything we can to reassure women and girls that they can go out in the city center without worrying or looking over their shoulder. This is a brilliant campaign that will not only help them now, but also in the future, as it aims to educate young men about unacceptable behaviors. »

As part of the wider Safer Spaces initiative in Newcastle city centre, there is improved CCTV and street lighting as well as marked areas at key locations for taxi pick-ups.

Alex Taylor, Newcastle BID Manager, said: “The BID looks forward to supporting the Safety of Women at Night campaign as part of our aims to make Newcastle a safe place to work, live, learn and spend time. We work closely with our night-time economy and businesses that take the safety and well-being of their staff and those who take advantage of our downtown to socialize and shop seriously. Our message is that women have the right to feel welcome and safe in the city at night, and we invite the people of Newcastle to join our zero tolerance approach to harassment of women.

“Our campaign reiterates the Home Office’s message that says ‘Enough’ to violence against women and girls, because their safety is not just women’s responsibility, it’s everyone’s. We have received a lot of support for the launch and implementation of the safe space through discussions with local businesses who want to participate in its promotion and, furthermore, the broader message of the campaign.

“Women’s safety is an issue that I am immensely passionate about, both personally and professionally, and as such, we look forward to being included in the larger initiative designed to reach and educate the men and women of all ages to combat inappropriate behavior. »

Sergeant Kramer Caldwell, of the Newcastle Neighborhood Policing Unit, added: ‘Officers are committed to continually improving the safety of businesses and visitors to our town centre. This goal includes taking a creative, partnership approach to problem solving and we are happy to be part of #GetHomeSafe.

“Police and Police Community Support Officers regularly patrol our town center during the busiest times on Friday and Saturday evenings and will be actively involved in supporting this valuable incentive to ensure Newcastle-under-Lyme remains a safe and pleasant place to work, live and visit.”