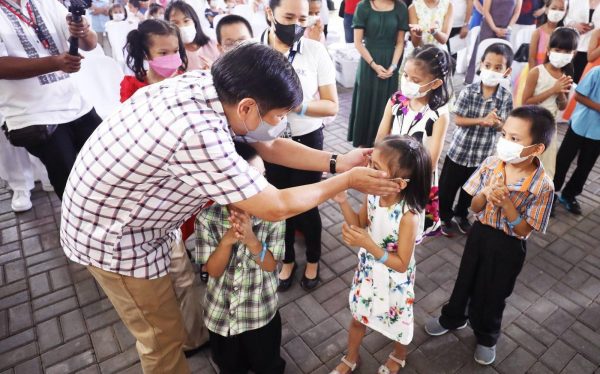 Philippine President Ferdinand Marcos Jr. has pledged to pursue a less punitive approach to illicit drugs than his predecessor Rodrigo Duterte, whose violent anti-drug campaign claimed thousands of lives during his six years in office .

In a pre-recorded interview with actress and host Toni Gonzaga that aired yesterday, Marcos said he had established a task force that will develop a global anti-drug campaign. This will emphasize prevention and rehabilitation as much as the culling of suspected drug traffickers.

“The war on drugs will continue, but we will have to do it in a different way”, Marcos said in the interview, his first since his landslide victory as president in May. “In fact, at the moment, we are trying to formulate what is the best path for the rehabilitation program. All of this is in the process of being formulated.

Marcos said the new anti-drug campaign would focus on “the front end of the problem, prevention.” It should have a strong educational component, in which children are informed about the harmful effects of drugs, while the government would seek to provide proper treatment for drug addicts.

Get notified with the story of the week and develop stories to watch across Asia-Pacific.

However, the Philippines leader’s comments stopped short of any sort of explicit condemnation of Duterte’s bloody campaign, which has claimed thousands of lives since it was launched just hours after its architect was sworn in in June 2016. The government himself asserts that more than 6,000 people were killed during the campaign, nearly double the number of those who lost their lives during the repressive period of martial law under Marcos’ father, President Ferdinand E. Marcos. Independent estimates put the toll much higher, anywhere from 12,000 at over 20,000.

The scale of the violence is such that judges at the International Criminal Court (ICC) in The Hague last September authorized an investigation into the “war on drugs”, describing it as a “widespread and systematic attack against the population civil”. While Duterte removed the Philippines from the Rome Statute of the ICC in 2019, court prosecutors say they have jurisdiction over crimes committed between July 1, 2016, Duterte’s first day in office, and March 16, 2019. , the date the Philippines withdrew from the Rome Statute. . (They’re also investigating murders on Duterte’s watch in Davao City, where he first road-tested his violent approach to anti-narcotics policy.)

During his interview with Gonzaga, Marcos repeated his earlier statements that he was not considering cooperating with the ICC investigation. Last week, his solicitor general Menardo Guevarra formally asked the court in The Hague to suspend its investigation into the drug war-related killings. Guevarra’s office argued that the alleged crimes did not rise to the level of crimes of humanity, and also that an international investigation was not warranted, given that the Philippines is already conducting its own legal investigations into the excesses. of the war on drugs. Under the ICC principle of complementarity, the court only acts in cases where national courts are unwilling or unable to do so, a principle that Marcos also referred to in his interview.

This line has a certain nationalist motto, but human rights groups in the Philippines and abroad say investigations into the domestic drug war have been superficial, superficial and have only involved only a small handful of high-profile cases.

While Marcos’ comments seem to suggest that the Philippines is reducing its drug policy from a literal to a metaphorical war, his apparent reluctance to ask probing questions about his conduct under Duterte casts doubt on his promise of a ” War on Drugs”. with a human face. »

“Using a drug rehabilitation approach means little when police and mystery gunmen continue to execute suspected drug addicts and dealers,” Phil Robertson of the US advocacy group Human Rights Watch said in a statement sent by email: “Law enforcement should be given clear orders to stop enforcement of the ‘War on Drugs’ once and for all.”