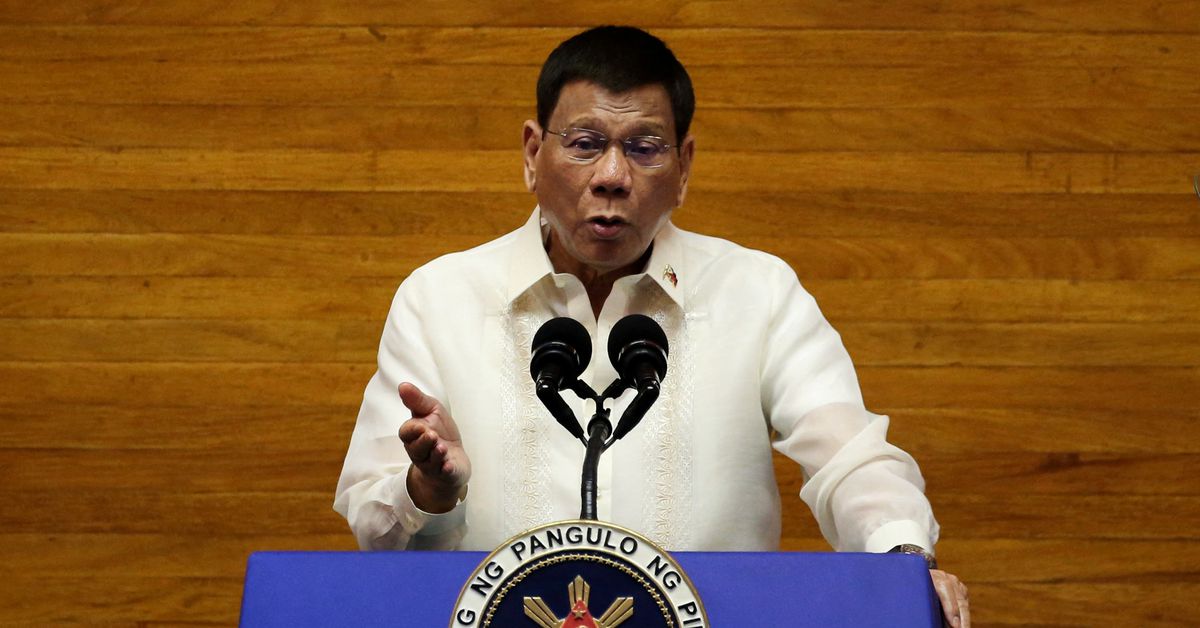 Philippine President Rodrigo Duterte gestures as he delivers his 6th State of the Nation (SONA) Address, at the House of Representatives in Quezon City, Metro Manila, the Philippines July 26, 2021. REUTERS/Lisa Marie David/File Photo

MANILA, April 15 (Reuters) – Philippine President Rodrigo Duterte has vetoed a bill that would require social media users to register their legal identities and phone numbers, calling for further study of the measure, his spokesperson said on Friday.

Lawmakers had approved the measure earlier this year as they sought to thwart online abuse and misinformation, particularly ahead of the May 9 general election. Read more But with Duterte’s veto, the bill is unlikely to pass before the ballot.

Social media has become a key campaign platform for candidates for President, Vice President and thousands of seats in both houses of Congress and local governments.

While Duterte had praised lawmakers’ efforts to tackle cybercrime and other online offenses, he disagreed with the inclusion of social media in the bill without detailed guidelines, the gatekeeper said. – presidential spokesman Martin Andanar.

The lack of guidelines “can lead to a situation of dangerous state intrusion and surveillance that threatens many constitutionally protected rights,” Andanar said.

“It is the responsibility of the president’s office to ensure that any law complies with the requirements of the Constitution, such as those that guarantee privacy and freedom of expression,” he said.

The veto, however, should not deter lawmakers from enacting effective and strengthened measures that ensure a safe and secure online environment for Filipinos, Andanar said.