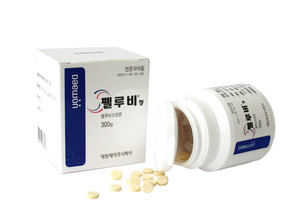 
Daewon Pharmaceutical said it has obtained approval from the Russian Federation’s Ministry of Health for Pelubi, its nonsteroidal anti-inflammatory drug (NSAID), and will launch it under the Pelubio brand.

Daewon will produce Pelubi at its factory in Gyeonggi province and export it to Russia. Pharmstandard, the second-largest pharmaceutical distributor in Russia, will market the product using its strong distribution power, the Korean company added.

Daewon plans to start shipping three million tablets in the first half of this year and increase the volume based on market demand. The company has also signed an export contract for an extended-release (SR) tablet version of Pelubi and plans to start exporting it as soon as possible after it has undergone local clinical trials.

Russia makes it mandatory for all export products to conduct local clinical trials and makes due diligence of production facilities quite difficult. Therefore, the export share of raw materials is much higher than that of finished drugs to the country.

Daewon paid attention to Russia as a typical pharmerging market which grew at an annual rate of 12.8% to reach 26 trillion won ($2.1 billion), the largest in Central Asia and Asia. ‘Eastern Europe. The market size of NSAIDs is around 550 billion won and the demand is growing.

The company plans to establish and develop various marketing strategies appropriate to local circumstances, including holding a symposium in Russia at the time of product release.

Daewon also plans to market the treatment in neighboring countries, such as Kazakhstan, Belarus, Kyrgyzstan and Armenia.

“Our export to Russia is significant in promoting new Korean medicines overseas and proving their excellence through local clinical trials. As a result, we expect to display sufficient competitiveness in the global market,” Daewon Pharmaceutical Vice President Paik Seung-yeol said. “Using the Russian market as a base, we will continue to expand our export channels to other pharmerging markets in Central Asia and Eastern Europe.”

Daewon introduced Pelubi, Korea’s 12th new drug, as an NSAID in 2007 and added various indications. As a result, the product is the top-selling prescription NSAID, with an annual sale of 30 billion won.