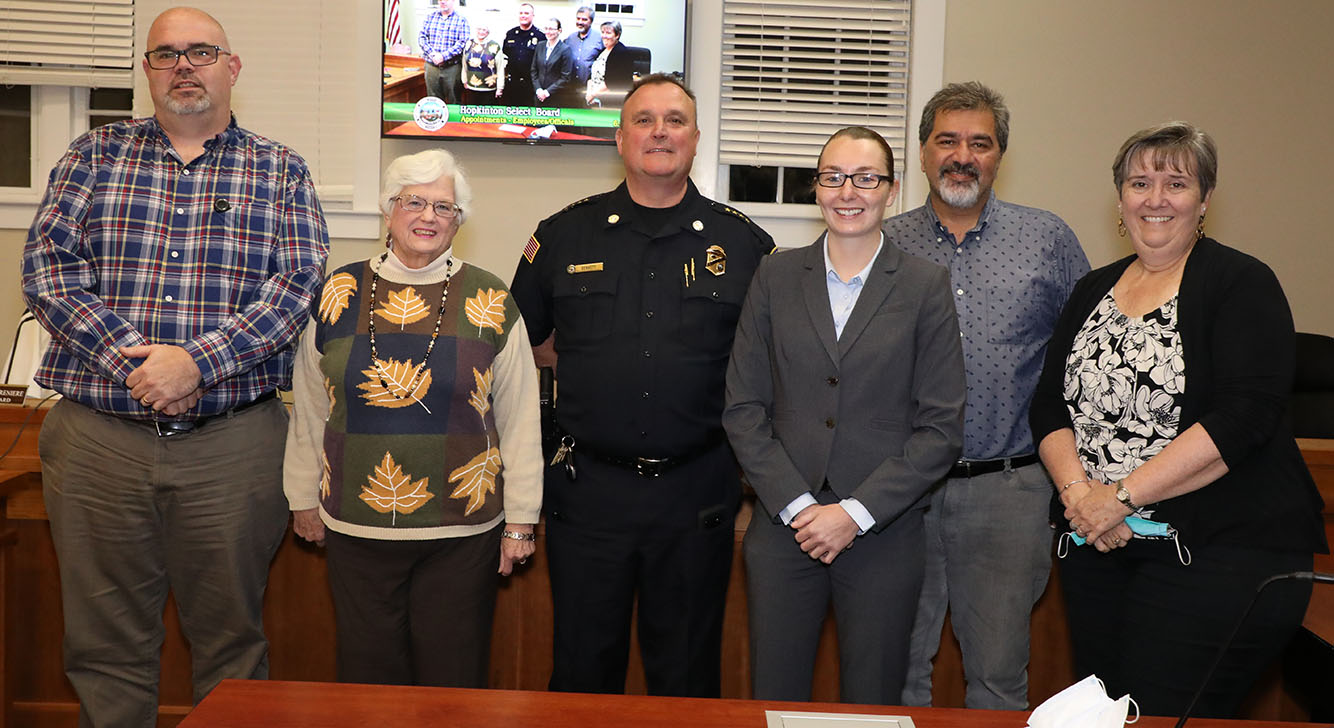 At Tuesday’s board meeting, Shannon Beloin was unanimously approved as the city’s new police officer. Beloin has worked the past five years in Provincetown, including a stint as a school resource manager. She holds a BS in Criminal Justice from Bridgewater State University and is pursuing a Masters in Law Enforcement Intelligence and Analysis.

Beloin said she is looking to put down roots somewhere and be closer to her friends and family. She was also looking for a city larger than Provincetown and said Hopkinton seemed like a good fit for a number of reasons.

“The administration, from the things I heard and the way I interacted with the chief [Joseph Bennett], just administration in general, that’s all I could ask for, â€she said.

Beloin added that as a child she had had a hard time and developed a fear of the police that she had to overcome, but had wanted to be a police officer for a long time.

She drew praise from Bennett.

“I believe I am sitting next to someone with the most character and honor and I know that she will fit well into our organization and serve the Hopkinton community at the highest level,” said the chef.

Prior chosen for the Planning Council

In a joint vote with the planning board, Ron Priefer was chosen to fill the recently vacated planning board seat by Deb Fein-Brug, who moved to Maine. The position expires in May.

Priefer, professor of medicinal chemistry at the Massachusetts College of Pharmacy and Health Science University-Boston, was arrested by real estate agent James Burton. …

Jessica Miller as Young Adult Librarian, Karen Cooprider as Seniors Services Van Driver and Carmen Cifuentes, Sarah Murphy and Shannon Casey as Traffic Officers have been approved by the Board of Directors .

The board of directors unanimously approved a new enclosure card as presented by City Clerk Connor Degan. As the population grew, Hopkinton grew from four ridings to five, with the five ridings numbering about 3,700 people.

“The goal is for no district to exceed 4,000 inhabitants,” Degan said, noting that the city is likely to have to visit six districts after the 2030 census.

The approved map has undergone a minor change from the original map Degan presented a few months ago, as an adjustment was made to prepare for the expected development.

The card will then be submitted to the state for approval.

The board of directors passes on the acquisition of land

The board of directors voted against planning a public hearing to consider acquiring land off Mechanic Street, between Wood Street and Interstate 495. The 11.62 acre parcel, owned by John and Pamela Larter, is expected to be converted from agricultural use to a solar farm, and the city has a right of first refusal to acquire the land at its full and fair market value, as it is part of the Chapter 61A tax program.