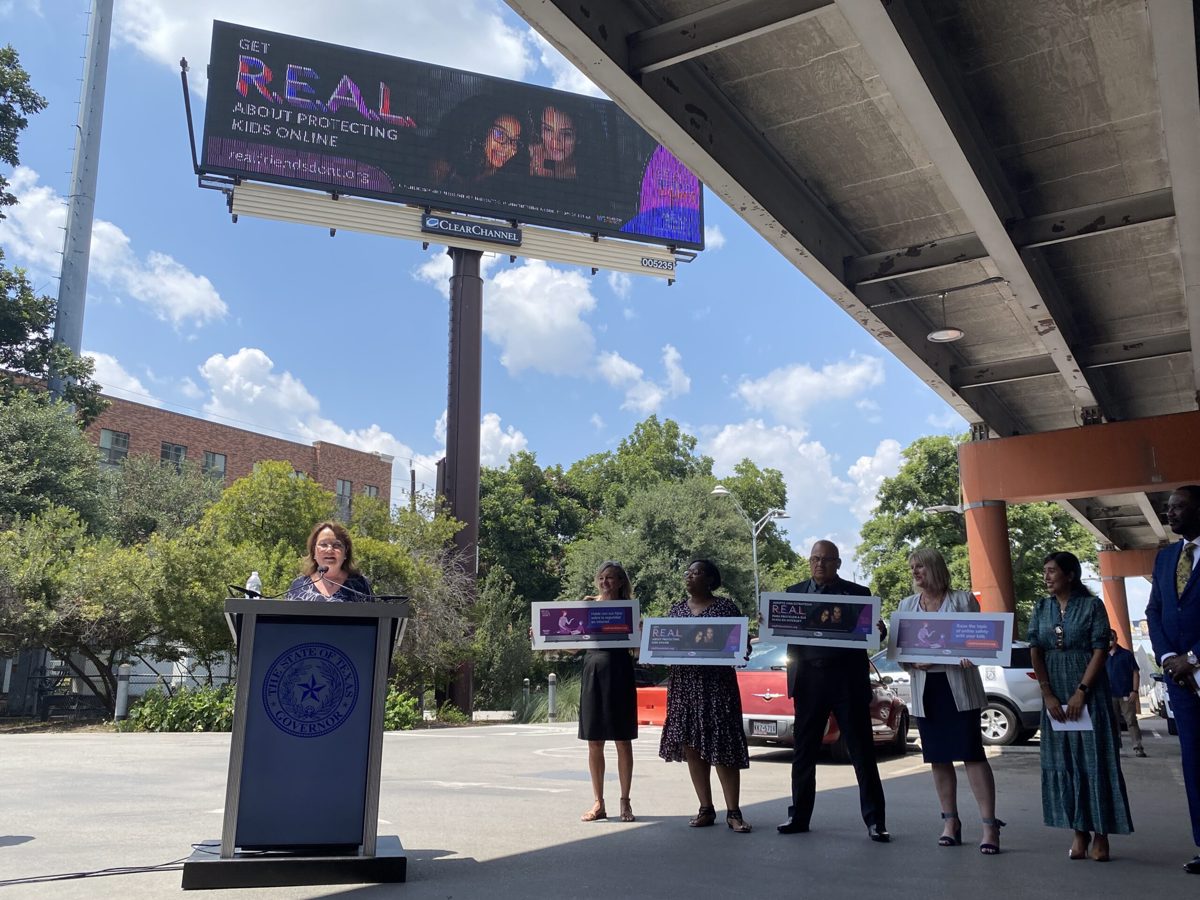 SAN ANTONIO (KTSA News) – A campaign to open dialogue about the dangers of human trafficking on social media between parents and children began Thursday in San Antonio. Texas First Lady Cecilia Abbott delivered remarks with a representative from the McCain Institute and local leaders from the Alamo Area Anti Human Trafficking Coalition. Cindy McCain was originally scheduled to speak, but airport delays prevented her from making it to San Antonio. â€œAs our children spend more time on the Internet, online dating crime continues to grow, but we can help shed light on this obscurity and help parents protect their children and teens,â€ said Cecilia Abbott . â€œIt starts with sensitizing and educating parents and caregivers about danger signs, then giving them the tools to fight back. The REAL Friends Don’t campaign billboards will be visible in more than 70 cities in Texas. The campaign aims to give parents and guardians easy conversation starters about how easily predators target children through social media. â€œGone are the days of a man in a windowless van,â€ Erin Barry, president of the Youth Center of Texas, a bridging program for children ages 18 to 22. She said a predator’s best weapon is a lie, noting that predators targeting children via social media just need to learn what they’re upset about. Once the predators identified these things, she said they made promises to solve their problems. Just this week, a 15-year-old girl from Frio County was brought home this week after escaping to Florida with a 38-year-old convicted felon who contacted the teenager via Snapchat and PlayStation Network. Open communication is the best tool to combat this type of common predatory behavior and the poster campaign aims to target parents and guardians who may be less familiar with the Internet. The campaign is a collaboration between Governor Greg Abbott’s Governor Response Against Child Exploitation (GRACE) initiative and the McCain Institute with local support from the Alamo Area Anti Human Trafficking Coalition. The governor’s office has a variety of resources aimed at helping victims of human trafficking and their families, including advocacy programs, therapy and housing assistance. The resources are accessible through aacat.org.