Street harassment is a serious problem, say two-thirds of Calgarians 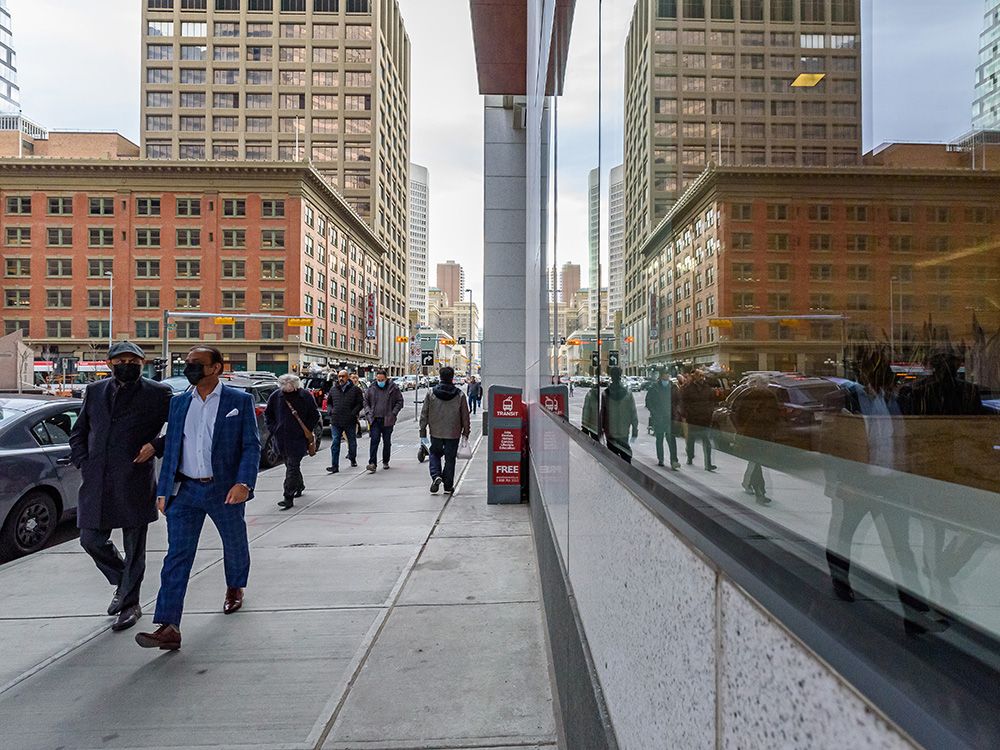 Street harassment is a serious problem, say two-thirds of Calgarians

Nearly two-thirds of Calgarians say street harassment is a serious problem in the city, according to a new poll by Leger which also found about half of respondents had been personally targeted.

The findings come as a city council committee prepares to vote on a proposed bylaw aimed at cracking down on street harassment – ​​a term the city defines as offensive or demeaning comments or gestures aimed at race, religious beliefs , disability, age, sex of a person. or sexual orientation, including sexual solicitation (catcalling) or advances, among others.

Proposed rule changes would result in fines of up to $500 for harassing behavior in public places. If approved, the changes would come into effect on June 1. Council members will vote on the proposal at a community development committee meeting on Wednesday.

Chairman of the committee, Con. Kourtney Penner said she hopes her colleagues will support the bylaw changes.

“Is it disappointing that we need a regulation with fines to tell people how to behave in 2022? Totally. It’s kind of gross,” Penner said. “But clearly we need deterrents so people can think about how they behave and treat other humans.

In preparation for the introduction of the bylaw changes, the city commissioned Leger’s poll which found that some Calgarians feel the need to take steps to avoid street harassment, including avoiding public places after dark. night, by not traveling alone and by avoiding public transport at certain times of the day. .

Notably, Calgarians who self-identify as Asian were significantly more likely to report taking steps to avoid going somewhere alone or to avoid being in areas with fewer people than Calgarians who identify as “Canadian” or of European descent.

Calgarians who wear religious clothing were more likely to say bullying had a major negative impact on their quality of life; residents of northeast Calgary were also more likely to say street harassment was a problem than respondents living in the southwest and northwest.

Overall, women were more likely than men to think that more lighting in public spaces, visible security cameras, a public education campaign and bylaws to address street harassment would be measures welcome.

The proposal, to be debated on Wednesday, includes directions for city staff to begin work on a public awareness campaign and develop partnerships with community partners and international groups.

Former councilman Druh Farrell, who first proposed the idea of ​​a street harassment bylaw, said education is needed because this type of behavior is “so entrenched in some parts of our society”.

“We need to teach young boys in particular that it’s not OK. Everyone has the right to walk around their town, in a public place, without harassment,” Farrell said.

Farrell said enforcement is secondary to public education and awareness when it comes to making changes that alter behaviors.

“It creates a line in the sand and then you work it from there,” Farrell said. “Most regulations rarely have to be enforced. They are there as backup. This one, I imagine, will be the same.

“It is at least a signal that this kind of behavior should not be part of civic life.”

The Leger poll cited above sampled the opinions of 504 Calgarians, using both landlines and cell phones, between September 23 and October 3, 2021. The margin of error for the total sample was more or less 4.4%, 19 times out of 20. .

— With files by Madeline Smith

Sign up to receive daily news from the Calgary Herald, a division of Postmedia Network Inc.

Thank you for your registration!

A welcome email is on its way. If you don’t see it, please check your spam folder.

The next issue of Calgary Herald Headline News will soon be in your inbox.

We encountered a problem during your registration. Try Again