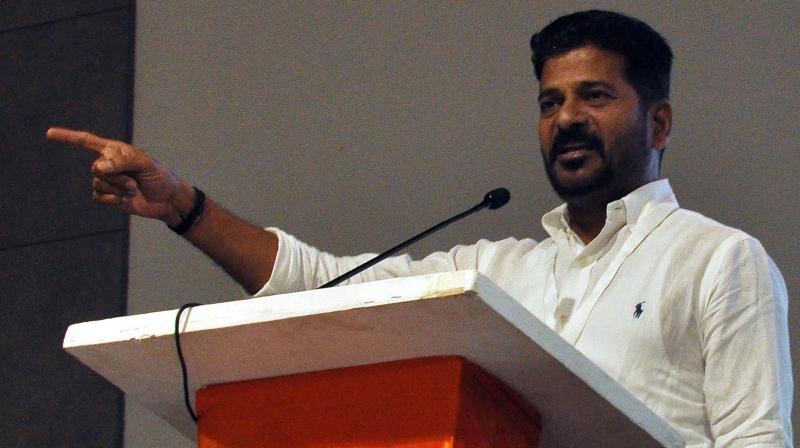 HYDERABAD: State Congress President A. Revanth Reddy on Sunday called on farmers to grow rice in the Yesasangi (kharif) season without fear, because it was legally binding on the government at not only to buy the products at the minimum support price (MSP) but also to assure them of a supply market.

He claimed that Chief Minister K. Chandrashekar Rao himself cultivated rice on his 150 acres of land in Erravelli in the constituency of Gajwel during the Yesasangi season.

Addressing a press conference at his residence in Jubilee Hills on Sunday, Revanth Reddy accused the CM adopt a dual position on paddy cultivation. The chief minister had intimidated farmers with dire consequences if they grew paddy, he said.

â€œOn the other hand, Chandrashekar Rao and his family members cultivate rice on their 150 acres of land in Errav.elli. KCR said that there will be no paddy purchasing centers. He must explain how, where and at what price he proposes to sell the paddy grown on his 150-acreation fields,” He asked, playing a video supposed to show the fields.

“Agriculture Minister Niranjan Reddy and Civilian Supplies Minister Gangula Kamalakar to explain how they plan to procure paddy grown by Chief Minister on his farms,” the head of the TPCC request.

Condemning the TRS government’s plans to create an awareness campaign against rice cultivation, he urged farmers to beat these people with “chappals” as they tried to deny them the exercise of their constitutional rights.

Citing the example of Chhattisgarh, Revanth Reddy said that the Congressional government led by Chief Minister Bhupesh Baghel gave a bonus of Rs 600 per quintal in addition to the MSP on the paddy. In addition, farmers received an incentive of Rs 9,000 per acre if they adopted alternative crops. He invited ministers KT Rama Rao and Harish Rao to visit Chhattisgarh on a study trip.

The head of the TPCC said that if the CM was unable to understand the provisions of the MSP laws, FWell Ssecurity Act, etc., he must get help.