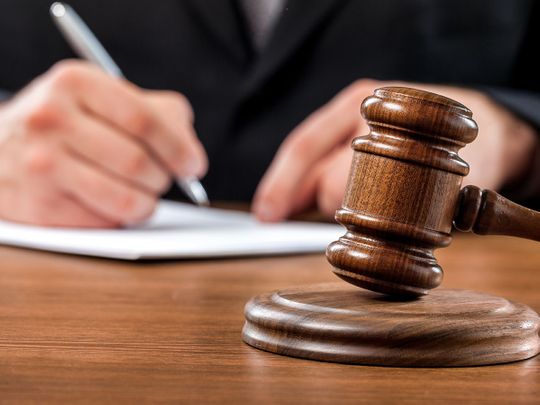 The man, arrested by Dubai police for illegal drug use, was found guilty by a court and fined Dh10,000, followed by deportation. The man was sentenced during movement restrictions that were in place due to the COVID-19 pandemic and could not be deported.

“Use the most favorable law”

In September 2020, his lawyer appealed the verdict and the Court of Appeal reduced the fine to MAD 5,000, but upheld the deportation order.

Lawyer Bader Khamis of the World Center Advocates and Legal Consultant also appealed the decision and pleaded with the judges to implement Article 75 of the new UAE Decree No. 30 of 2021 on narcotics and psychotropic substances, which entered into force on 2 January this year.

“I asked the court to use the law for the defendant,” Khamis told Gulf News.

The new amendment states that deportation is not mandatory for personal use or possession of drugs and the amendment leaves it up to the judge to decide whether a person convicted in a narcotics case can be allowed to stay in WATER.

“The suspect has no criminal record, he is a working young man. He poses no criminal danger, which is a must in deportation orders,” Khamis explained.

The Court of Appeal then confirmed the fine of 5,000 Dhs, but canceled the expulsion order.

“Expulsion would have destroyed the future”

“The new amendment focuses on the humanitarian aspects. The accused has a stable job and has resided in the United Arab Emirates for many years. Deportation would have destroyed his future,” Khamis added.

According to official records, judges overturned the deportation order considering that the suspect was a UAE resident with a decent job and had never been convicted in a drug-related case before.

Dubai police had received information about the suspect in possession of drugs. He was arrested and a lab test revealed he had used an illegal substance. The suspect admitted to the charges during questioning and was charged with illegal drug use.