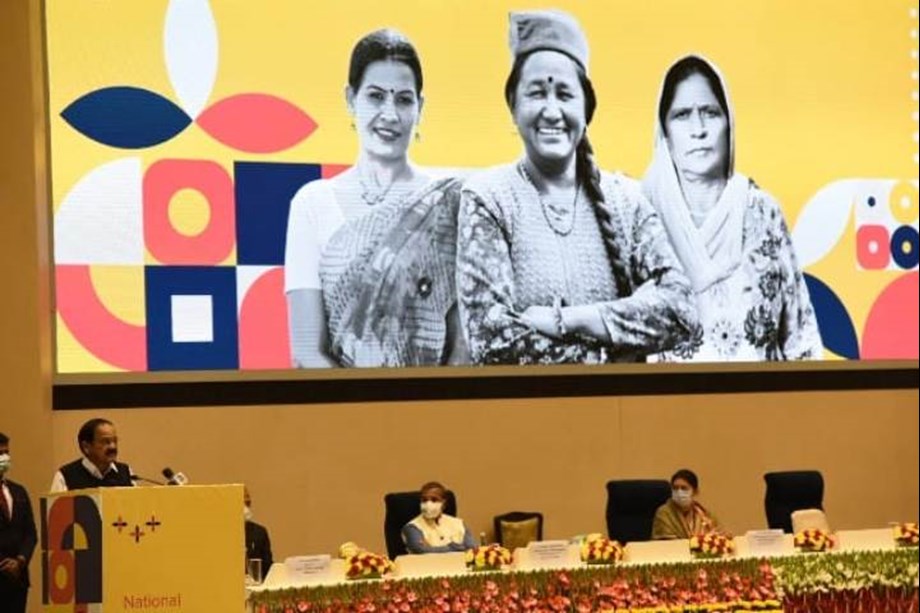 Vice President Shri M. Venkaiah Naidu today called for making people â€œkey partnersâ€ in the campaign for â€œMukt Bharat tuberculosisâ€ by 2025. â€œMore than any other disease, commitment community is vital to completely eradicate TB, â€he said. Observing that the impact of tuberculosis is disproportionately felt on vulnerable segments of society, he called for massive mobilization of resources and multisectoral interventions to eradicate tuberculosis.

The vice president said the goal of totally eliminating tuberculosis can only be achieved if it takes the form of a popular movement and called on public officials at all levels to involve people in the â€œJan Andolan â€. He said that a multi-fronted effort was needed by embracing a ‘Team India’ spirit to free India from tuberculosis by 2025.

Addressing the National Conference on Winning Women Against Tuberculosis, the vice president said the government’s seriousness on ending tuberculosis is clear given that this is the second conference related to tuberculosis this year. He said he was happy that the conference involves not only parliamentarians, but other representatives of the public, organizations working for the elimination of TB, women TB survivors, Anganwadi workers, among others.

On this occasion, the vice-president praised the courage of women survivors of tuberculosis, some of whom recounted their experiences. Shri Naidu stressed the need for a gender-sensitive approach to TB, as the disease can have a disproportionate impact on women. He observed that their high sensitivity is due to inadequate priority given to their health, well-being and nutrition. “In the face of the misery of abandonment and violence if it is discovered that they have tuberculosis, it is not surprising that there are a large number of unreported and therefore untreated tuberculosis cases among women, â€he noted.

The vice president called for tackling this with measures such as better and structured disease counseling through health workers, better nutritional support through programs like Nikshay Poshan Yojana and special attention to children, pregnant and postpartum women with tuberculosis. He urged states to take proactive steps to implement door-to-door testing, especially for women who may not be willing to approach health systems themselves.

Stressing the need for concerted action from all levels of government to achieve the goal of complete eradication by 2025, Shri Naidu called for improving the nutritional status of people, better screening of contacts , the reduction of direct expenditure, the establishment of safety nets for the most vulnerable sections and the early detection of tuberculosis in mountainous and remote regions.

Emphasizing the need to change the social perception of TB, Shri Naidu noted that besides the physical impact of the disease, there are many economic and social costs on people’s lives. â€œTuberculosis patients face unnecessary stigma from families, employers and society in general. This is totally unacceptable and must be stopped, â€he stressed.

Shri Naidu noted that the stigma attached to the disease makes it even more difficult to detect the disease at an early stage, noting that only 18 lakh of new TB cases were reported in 2020, compared to an estimated 26 lakh. Calling for better awareness and advocacy programs to change the social perception of TB, he stressed that “the message should reach people that TB is definitely preventable and curable”.

He suggested that tuberculosis advocacy programs should take advantage of the increased awareness of lung health among people due to the pandemic to spread the message about the disease.

In this regard, the vice president also urged elected officials – MPs, MPPs and Gram Pradhans – to conduct regular reviews at the district and sub-district level. He also called on public representatives to be catalysts in the mass awareness campaign to fight TB by playing a proactive role in public conversations.

The Vice President appreciated the efforts of the Ministries of Women and Child Development, and of Health and Family Welfare to come together and initiate a “serious discussion on how to develop new strategies to mitigate the impact of tuberculosis on women â€.

(With inputs to GDP)