War on drugs: Punjab police have been arresting fugitives since the 1980s and 1990s 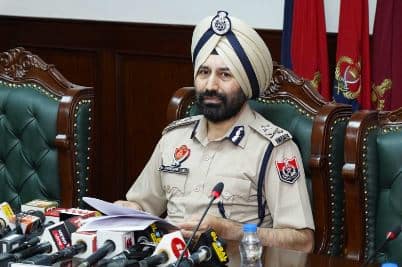 War on drugs: Punjab police have been arresting fugitives since the 1980s and 1990s

Chandīgarh: ; Chief Minister of Punjab Bhagwan Mann was entering its 7th week, Punjab Police arrested 45 of these fugitives last week as part of this campaign. This led to a significant increase in weekly fugitive arrests. It should be noted that a total of 186 fugitives have been arrested in NDPS cases since July 5, 2022, of which 46 felons were arrested out of state.

Giving more details in this regard, Inspector General of Police (IGP) Headquarters, Sukhchain Singh Gill, said that police teams have also been successful in apprehending fugitives under the NDPS Act who escaped arrest since the 1980s and 1990s.

Giving a weekly drug update, the IGP said Punjab Police had seized narcotics across the state over the past week. and the Psychotropic Substances Act (NDPS) registered 251 FIRs, including 22 commercial cases and arrested 335 drug traffickers/suppliers.

He said that all CP/SSPs Besides holding public anti-drug meetings in their respective districts, visiting drug-affected villages, seminars, joint meetings with legislators, sarpanches and advisers, various activities are carried out, in particular with the participation of non-drug addicts. government organizations and youth clubs. the harmful effects of the drug.