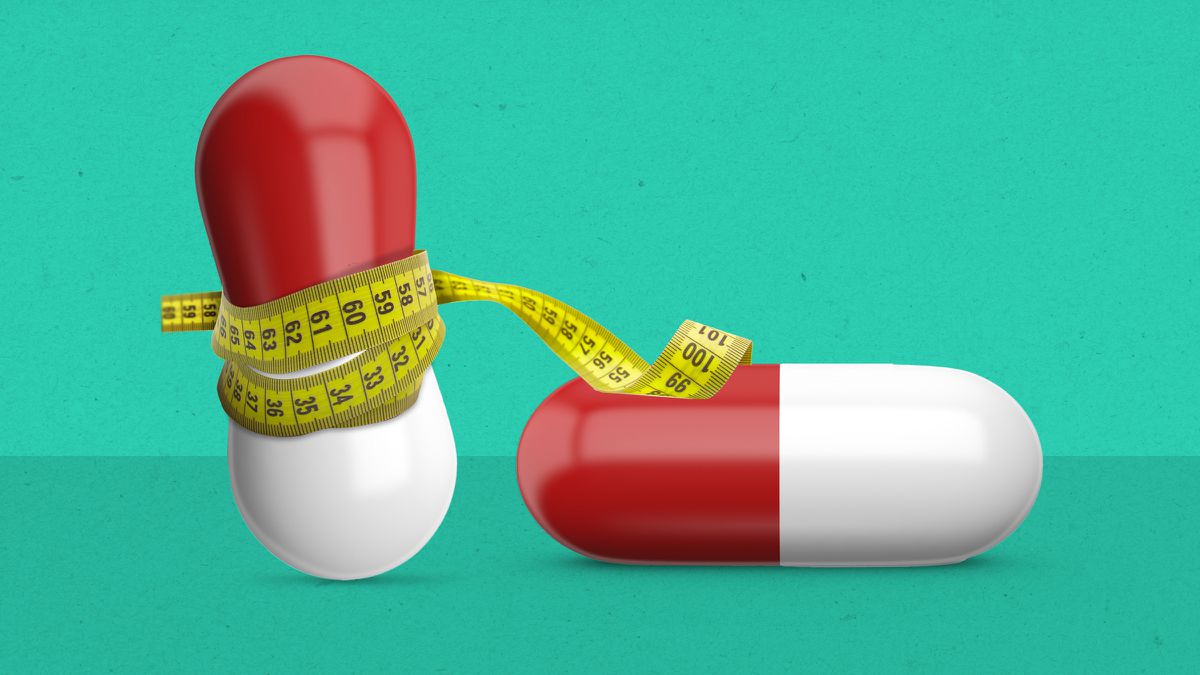 Our brain creates many illusions, and our sense of freedom can be one of those illusions. But, says neuroscientist Ignacio Morgado, it’s an illusion that helps us live better. “Freedom includes a sense of responsibility, which generates social cohesion and promotes cooperation between people,” Morgado said. This is a useful illusion that can also victimize some people. Some of the most visible victims are overweight people, who now make up 53.6% of Spain’s population. Yet many people, including doctors, believe that overweight people have a character flaw that keeps them from getting off the couch and exercising for better health.

This perspective on obesity as a lifestyle choice and not as a disease means that “there has never been an investment in [anti-obesity] medicines in Spain,” according to Cristóbal Morales, an endocrinologist at the Virgin of Macarena Hospital (Hospital Virgen Macarena) in Seville, Spain, and a member of the Spanish Obesity Society (Sociedad Española de Obesidad – SEEDO). Nevertheless, the relationship between excess weight and diabetes, certain types of cancer and cardiovascular disease is well known and some drugs to help very obese people lose weight have already been developed.

Diabetes medications such as liraglutide and semaglutide given in higher doses have been shown to be effective for weight loss. A clinical trial published in the New England Journal of Medicine in 2021 showed that semaglutide caused an average weight loss of 15% in a group of almost 2,000 patients, and that a third of the study group lost more than 20% of their weight. The drug was so successful in the United States that its manufacturer, Novo Nordisk, quickly ran out of stock soon after it was approved for use in obesity. The Spanish National Health System will cover the cost of liraglutide and semaglutide when used to treat diabetes, but not for obesity.

These drugs mimic incretins, the hormones produced by our bodies when we eat. “These are analogues that are artificially modified to last longer in the body,” said Guadalupe Sabio, who studies the biological causes of diseases such as obesity at the National Cardiovascular Research Center (CNIC) in Madrid. They also stimulate the production of insulin by the pancreas and reduce blood sugar, which makes them useful for the treatment of diabetes. As they regulate what happens in the body when food is ingested, these drugs “also reduce appetite, prolong satiety [the feeling of fullness]and increase basal metabolic rate [the amount of energy consumed by a body at rest]thereby increasing thermogenesis [the process of producing body heat]”said Sabio.

“Once the effectiveness of this type of drug is widely recognized,” Morales said, “many pharmaceutical companies will develop and test their own products, and the overall supply will increase.” The latest such drug approved in the United States for the treatment of diabetes is tirzepatide, manufactured by Eli Lilly and Company, which will also seek approval for use in the treatment of obesity. “It’s so potent that half of the patients who use it virtually go into remission from diabetes,” Morales said. Given in higher doses, Lilly’s product has been shown to be surprisingly effective in combating obesity. A recent study published in the New England Journal of Medicinefound that this resulted in an average weight loss of 22.5%, up to 55 pounds in some patients.

The success of these drugs has some experts wondering if they can match the results of weight loss procedures such as bariatric surgery and intragastric balloon placement. “I don’t think these drugs will completely replace surgery, but they can be an alternative treatment for certain overweight conditions,” said Carolina Perdomo, specialist in endocrinology and nutrition at the University Hospital of Navarre in Pamplona (Spain). “Some people need to lose weight before they have surgery, so these drugs can act as bridge therapy leading up to surgery,” she said.

Rubén Nogueiras, a researcher at the University of Santiago de Compostela (Spain), thinks these drugs could be used to treat ongoing obesity, the same way they are to treat diabetes. “Obesity is a chronic disease, so one would expect drug therapy to be chronic as well.” This raises the question of possible side effects from long-term use, but Nogueiras does not consider this likely. “The most common side effect is nausea during the first two weeks of treatment, but most patients tolerate the drug well thereafter. So far, no major side effects from long-term use. has been found during the extensive clinical trials that have been conducted,” Nogueiras said. “These [drugs] are compounds that stimulate our body’s normal pathways, so side effects are minimal. If a semaglutide slows digestion and causes food to stay in the stomach longer, some digestive discomfort may occur, but nothing more,” Guadalupe Sabio said.

A significant number of people diet regularly (about 20% of the Spanish population, according to some surveys) and do not follow these diets at the same rate (about 80% according to SEEDO). Obesity drugs could become an instant commercial success were it not for their high price, which could cost hundreds of dollars a month. If not covered by private health insurance plans or national health systems, the cost could be an insurmountable barrier for most people. However, experts warn that these drugs are indicated for people who have been diagnosed with chronic obesity and are not intended for those who just want to slim down a bit to look good at the beach. In the study that tested tirzepatide for treating obesity, participants’ average weight was 230 pounds and their average body mass index (BMI) was 38. [weight divided by height in meters squared. An individual with a BMI above 25 is considered to be overweight. A BMI above 30 indicates obesity]. In some countries like Brazil, explains Cristóbal Morales, “sales of weight-loss drugs are huge”. He cautions against “trivializing obesity and treating it as a cosmetic issue when comprehensive lifestyle interventions are needed.”

Obesity begins in the womb and is rooted in habits developed in early childhood. It is further aggravated by the large supply of unhealthy foods available in supermarkets and sedentary lifestyles induced by social and technological changes. Fernando Fernández Aranda, research director at the Bellvitge Biomedical Research Institute (IDIBELL) in Barcelona (Spain), and also head of the eating disorders unit at the Bellvitge University Hospital, specializes in the psychological aspects of eating disorders . He thinks this type of medicine can be “used to supplement healthy habits, exercise and psychological support, but is not a magic bullet.” Fernández says obesity is a complex issue, and “for people, especially women, who experienced significant emotional stress or neglect during childhood or adolescence, it can affect their eating behavior.”

Azucena García Palacios, professor of psychology at the Jaume I University of Castelló (Spain) and member of the Spanish Center for Biomedical Research in Pathophysiology of Obesity and Nutrition, says that “losing weight is not difficult – the keeping is the hardest part”. People with intragastric balloons sometimes fail to maintain weight loss, which can also happen with pharmacological treatments. García says these drugs “should not be sold as panaceas. Systematic studies have shown that people with prior psychological problems have a much lower success rate after intragastric balloon placement. She says “obese people have more mental health issues” and that psychological treatment is a form of support for people who need to lose weight due to a medical condition. For this to work, the individual circumstances of each patient must be assessed. “When we want people to exercise, we know that if the activity isn’t linked to something meaningful to the patient, it’s hard to maintain the exercise routine over time, we so let’s work to create that bond,” García said. “To treat binge eating, we need to look at the emotions that lead to binge eating. It could be a feeling of rejection or maybe it’s just a habit. But binge eating could be associated with a diagnosable problem, such as major depressive disorder. We have to look at the individual’s vulnerabilities and see where they lead so that we can decide how we are going to act in each case,” she said.

The surprisingly positive results of new anti-obesity drugs are, according to experts, good news for people suffering from serious health problems caused by excess weight. But before they can treat them with these drugs, private health insurance companies and national health systems must first recognize that obesity is a disease. This has already happened in the UK. The next step would be for the cost of these drugs to be covered by health insurance and national health systems. But for now, those who wish to lose a few pounds to fit into a wedding dress should not think of this type of solution. Nevertheless, the popularity of cosmetic procedures such as liposuction leaves little doubt that some people will want these drugs for a quick fix. But there are so many overweight or obese people that there is little chance of finding a solution without a comprehensive strategy. This strategy must address all aspects of the problem, from a thorough understanding of the most basic mechanisms of disease to questioning the social and economic aspects of a way of life that makes an ever-increasing number of people vulnerable to one of the main diseases of the world. modern world.