What happened to the loudspeakers removed from temples and mosques by the Yogi government? Continue reading 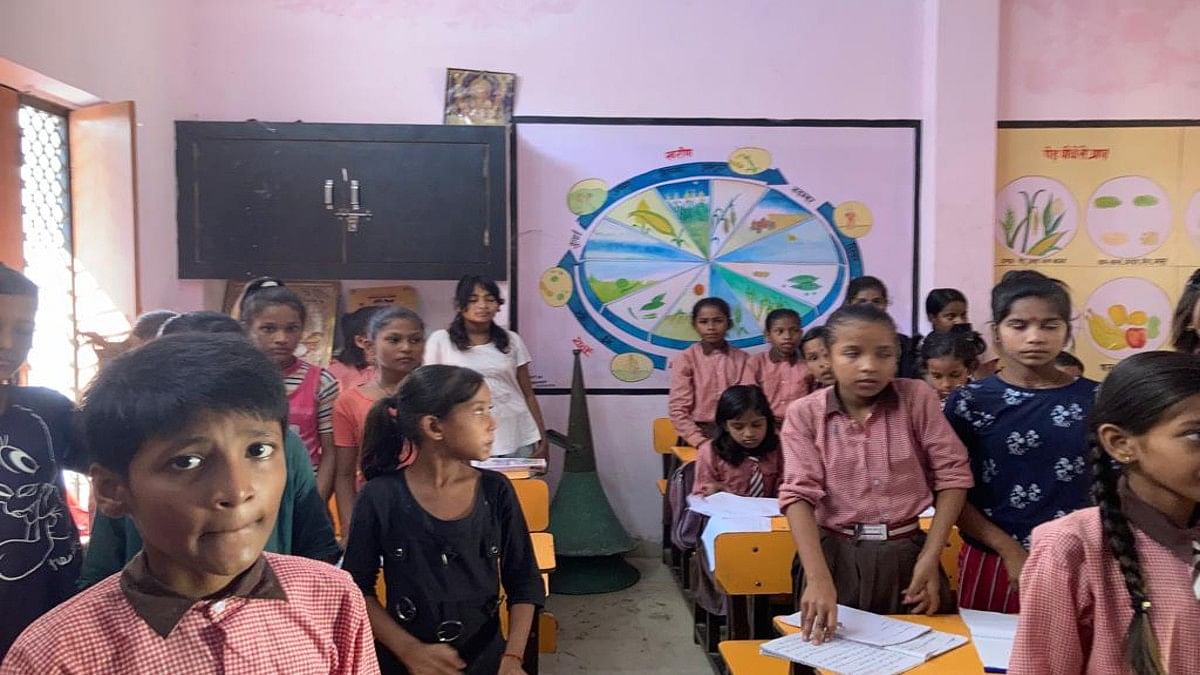 What happened to the loudspeakers removed from temples and mosques by the Yogi government? Continue reading

Gorakhpur/Lucknow: With the cacophony on their deletion From the tops of extinct temples and mosques, loudspeakers in Uttar Pradesh have found a new place and role – in schools that plan to use them in cultural programs and public awareness gatherings.

In the past two monthsseveral of these loudspeakers were handed over to the government, assistance and private schools, as well as tehsil offices across the state. However, a number of speakers are also unused, awaiting repairs.

School authorities now plan to repair the old loudspeakers and use them for cultural programs ahead of Independence Day, as well as for rallies they are to organize as part of voter education and publicity campaigns. ‘”Chalo Abhiyan school”, the state government’s desire to increase enrollment in primary and upper primary schools.

Speaking to the media earlier this month on the occasion of the end of 100 days of his second term by his government, UP Chief Minister Yogi Adityanath said that more than 1.2 lakh loudspeakers had been removed from religious places or their volume had been reduced.

However, according to a statement shared by the state Department of the Interior on June 20, 74,700 speakers had been removed from UP religious venues, while another 59,950 had had their volumes turned down, indicating that the total had reached 1.34 lakh.

“The total number of equipment returned to schools after their removal from places of worship is 17,791,” the statement said.

In April, the state government had limit the use of loudspeakers for religious purposes, at a time when several states witnessed violence during religious processions on the occasion of Ram Navami and Hanuman Jayanti.

In May, primary school Gorakhnath Kanya, located in Gorakhpur, received two speakers from the local administration. These had been removed from the Gorakhnath temple, located about two kilometers from the school, principal Vibha Tiwari told ThePrint.

School authorities, however, do not use any of the speakers. As they had one installed, it soon developed a fault, which will need to be repaired with school funds before it can be used again. The second has never been used.

“The administration wanted it to be used for the morning assembly. We fixed it on the roof and used it for about 10 days. But since it’s an old speaker, I think a connection has come loose. We will fix it,” Tiwari said.

When ThePrint visited the school last Wednesday, the two speakers were at the back of a classroom.

Tiwari said the speakers would mainly be used for public announcements and cultural programs.

“They can be used in gatherings organized within the framework of the “Chalo Abhiyan school”. Nowadays, primary schools have been tasked with organizing sensitization rallies to urge the public to vote ahead of elections,” she added, showing a video from a campaign called “Vote for the Nation,” organized by the school before the elections to the National Assembly. earlier this year.

About 28 kilometers away is the Raj Public School in the historic town of Chauri Chaura. Here too, a loudspeaker from a nearby mosque was handed over to the school management. However, he is currently on school storage.

“We have a small PA system here that works for us. We haven’t installed (the loudspeaker) so far, but we can do it in the next few days,” school administrator Raj Kumar Sharma told ThePrint.

Asked how the school plans to use the loudspeaker, he said it would only be used “for prayer during the morning assembly”.

At Arya Kanya Pathshala Inter College, Lucknow Badshah Nagar area, a loudspeaker was handed over to management in May. But the school’s principal, Dr. Mamta Kiran Rao, told ThePrint that it’s faulty, which is why they haven’t installed it yet. The school already had two loudspeakers.

“A loudspeaker was given to us by the local police. It is currently obsolete; we will get it fixed,” she said, adding that it would be “very useful” for organizing public gatherings.

“Every day, some students gather in the ground and say prayers, while others do so in their respective classrooms. We had recently organized a road safety awareness rally in June. Students have to raise slogans, which becomes difficult for on-the-road campaigns. Now they will just use the loudspeaker,” Rao added.

Another employee of Arya Kanya Pathshala, who did not wish to be named, said: “The government has given schools the responsibility of publicizing the various government programs. Students usually visit localities located at a distance of about 1 to 2 km. Teachers even come on Sundays for programs like polio vaccination and voting awareness campaigns,” he said.

On instructions from local government, some districts have launched campaigns involving school children asking people to vote ahead of this year’s National Assembly elections.

Some speakers, however, have yet to reach schools and are gathering dust in tehsil offices.

Satish Singh, village chief of Bhaisahi Naresh in Gorakhpur, said a loudspeaker was handed over by police and local government in Mayto be returned to Public Primary School in Bhainsahi Ramdatt Village, Chauri Chaura.

“The administration had handed over the loudspeaker but it is in the tehsil office because the school was closed that day. If needed, we can give it to the school now,” Singh added, while speaking. at ThePrint.

However, Ram Prakash Yadav, principal of Bhainsahi Ramdatt Government Primary School, said he was unaware that the school was going to get a loudspeaker.

“We already have a bluetooth enabled speaker which was purchased under a government program. We got Rs 2,000 to buy it. We organize morning prayers and bal sabhas (student meetings where they can hold debates and discussions) using that,” he told ThePrint.

In February, the Department of Basic Education had provided Rs 2,000 each to public schools to purchase Bluetooth-enabled speakers, with the aim of to improve student learning outcomes.